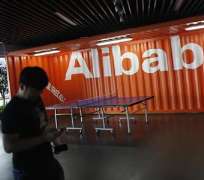 Chinese e-commerce giant Alibaba Group is back in the loan market with an eye on a jumbo financing of up to $8 billion to refinance existing debts, barely a year after borrowing $4 billion in loans, according to sources.

The borrower is said to have approached lenders seeking proposals for the loan, proceeds from which will refinance US$4bn in loans put in place last year as well as fund Alibaba's obligations under a $7.1 billion share buyback deal it struck with Yahoo Inc (YHOO.O) last May.

The Chinese internet company is refinancing its outstanding loans with a new borrowing to free itself from covenants that capped its borrowings to $4 billion.

The additional $4 billion it is raising from the latest borrowing will finance its share buyback deal with Yahoo.

As reported earlier, the buyback, agreed by Alibaba and Yahoo on 21 May 2012, will cost $7.1 billion and will be funded by $6.3 billion in cash and $800 million through a new issue of preferred stock by Alibaba to Yahoo.

Sources expect Alibaba to pay lower pricing than on its loans signed last year, which were well received.

The $4 billion in loans completed last year comprised a $1 billion four-year facility signed in July by eight banks and three other loans of $1 billion each signed in June.

The $1 billion three-year loan from the 19 banks paid a top-level upfront fee of 300 basis points, while the $2 billion 12-month bridge paid 175 basis points.

The $4 billion in loans last year funded the privatization of Hong Kong-listed Alibaba.com and financed the buyback of half of the 40 percent stake Yahoo held in Alibaba.