HOW THE APC WILL WIN THE 2015 PRESIDENTIAL ELECTION 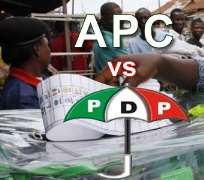 Thank God Almighty, per chance Nigerians may at last get rid of the PDP in 2015. Yes, we all want the ravaging PDP out of power and out of our lives. You do not need to talk to thousands of Nigerians to realize this fact; just meet a few people in the streets of any part of the country and the same narrative will inevitably keep coming back at you – Nigerians today want the PDP out of power even more than they had wanted the military out in 1999. The reason is simple; the PDP has wrecked the country in its 13 years in office even more than the military did in its 29 years in power – whether it is on our national unity, politics, economy, corruption, insecurity, infrastructure, crime, dishonesty in leadership, theft, looting of public funds, or any other aspect of our national life, the PDP has done worse than the military. So, Nigerians understandably want them out.

But wanting the PDP out will not get the PDP out unless and until concrete and determined steps are taken. I see in the formation of the All Progressive Congress (APC) such determined step. However, while Nigerians are ever ready to support the mega party achieve this noble objective, the APC itself must on its own take the necessary measures if it really means to win fair and square in the presidential elections of 2015. Naturally, the best step the APC will take to win the election is by fielding in candidates with mass public support. To this end, it is in my considered opinion that fielding in of General Mohammad Buhari (Rtd) and Sen. Bola Tinubu as its Presidential and Vice Presidential candidates respectively is the surest way of guaranteeing an electoral victory. The political calculation is simple, and the electoral mathematics is easy; Buhari, more than any politician in the North, commands the support of the Northern populace.

Therefore, fielding in any other candidate than Buhari will turn off the North against the party in the same way as how CPC’s fielding in of a South-Westerner other than Tinubu as its Vice Presidential candidate in the 2011 presidential election turned off the zone against the CPC; because Tinubu, more than any politician south of the Niger commands the support of the Southwest zone. Therefore, it is common sense that if APC now fields in Buhari and Tinubu in 2015, victory of the party is assured. Mathematically, the electoral forte of the two geopolitical zones of Northwest and Southwest alone put together constitute 46.3% of the national electoral strength, based on the 2010 voter’s registration. Driving from the voting pattern of these zones over the years, once APC puts in the above joint presidential ticket, PDP has not a chance in the presidential election come what may?

The South-west zone currently has a total number of 14,296,163 registered voters, which represents 19.44% of the total number of voters nationwide. In terms of national electoral strength, the zone is number 2. Taking into account the electoral behavior of the South-west since independence, the zone has proven itself, without exception, of incapable of voting anyone other than its own. In the 1st Republic it voted mainly Action Group in favour of Chief Obafemi Awolowo with about 69% voters’ turnout. In the 2nd Republic, it voted 78.75% of its total votes cast for UPN in favour of Chief Awolowo, with 70% voters’ turnout. In the June 12, 1993presidential election, the pattern was repeated more or less the same, except that the total percentage of SDP’s votes in favour of Chief MKO Abiola rose up to 84.5% in the zone. In the 1999 presidential election, mainly because the only two candidates for the presidency were both from the South-west, the zone’s voters’ turnout was abysmally low (48.09%) with about 68% of the votes cast to ANPP in favour of Chief Olu Falaye. 2003 also recorded poor voters’ turnout with 71% of votes cast to Obasanjo’s PDP. In 2011 the South west voted PDP when a functional alliance with the North failed to field in Sen. Tinubu.

Like the South-west, the electoral pattern of the North-west too has shown, without exception, that it does not elect anyone other than its own. This trend includes the much celebrated June 12 presidential election where Chief Abiola was given an average votes cast of 42.9% by the zone. Even this score was unusually high, and can be attributed to the personality profile of Chief Abiola, including his faith. For the record, it should be pointed out that the North-west zone always led the nation in terms of number of registered voters. For the 2011 elections, the zone has 19,803,689, representing 26.93% of the national electoral strength, the highest in the country.

With a total of 10,749,059 voters in the 2011 polls, representing 14.62% of the national voters, the North-east zone is the 4th in terms of electoral strength in the country. Most often it votes its own, but where absent it goes with the North-west. Although ethnically heterogeneous, it largely shares common history, faith and cultural values with the North-west. These may have accounted for the often common political stand between the two zones. On this score, we can confidently assert that the zone will go not less than 65% for Gen. Buhari, as the 2003, 2007 and 2011 polls showed. Added to the fact that Buhari was once the governor of the entire zone, there is a sentimental political attachment to the man that somehow remains through the years. If every vote will count, as the nation expects it to count in 2015, then APC with Buhari as its presidential candidate is very much at home in the zone. Also, there will very high voter turnout.

The North-central has 11,627,490 voters representing 15.81% of the total electoral strength of the country. It is the home of about 70% of what is generically term as “Northern Minorities”. But about 50% of the populace is historically and politically affiliated to the ‘Northern Caliphate Establishment’; and over the years this affiliation has translated into electoral votes to the establishment. Barring any other consideration, this factor is also likely to reflect in the 2015 presidential election in favour of the APC. Likewise, the fielding in of Sen. Tinubu as the Vice Presidential candidate will guarantee the votes of the Southwest to the new party. How therefore can PDP, with Jonathan and Namadi Sambo as its flag-bearers, win the election? Even if Sambo, with no electoral value to his party, as the 2011 general elections had shown, has been dropped as the PDP’s Vice Presidential candidate, it would still not help the party’s electoral fortune.

On the other hand, the fielding in of Buhari/Tinubu by the APC as its candidates will force PDP to seriously consider dropping Jonathan and Sambo as its Presidential nominees in 2015 so as to bring in a Northerner and South Easterner as it’s Presidential and Vice Presidential candidates respectively in an effort to split the Northern votes and guarantee the Southeast votes to the party. But even this plausible strategy cannot help the PDP win the election in the sense that the Southeast has the least electoral strength in the county, with a total of less than 8,899, 438, which cannot upturn the votes of the Southwest. Besides, on the other hand, the Politics of fielding in or dropping off President Jonathan and Vice President as its Presidential nominees will further breakdown the PDP and weaken it to the point it cannot win the election, whichever way its ticket goes. The power tussle will be such that it will become apparent to the nation that the PDP is finished, and this perception will be irreversible and will determine the outcome of the general election.

On the other hand, the fielding of General Buhari as the Presidential candidate will be of tremendous advantage to the APC on one fundamental front; unarguably, Nigerians are all agreed that the foremost problem of the country is dishonest leadership. Nigerians are also agreed, arguably, that Buhari is the most honest politician in the country, judging from his past leadership antecedents. If therefore Nigerians want to resolve the nation’s fundamental problem, then fielding in of Buhari is the logical solution; it will be like placing a round peg is a round hole.

In contrast to them all, Gen. Buhari went into public service poor and came out relatively poor. Interestingly, Buhari held more strategic and lucrative public positions capable of turning him, if he so desired like others, a stupendously wealthy or even wealthier man than each and every one of them. He was governor of Northeastern state for almost a year; he was Minister of Petroleum and Chairman of NNPC Board for three and half years; he was Head of State and Commander -in-Chief for almost two years; and he was Chairman of Petroleum Trust Fund, (PTF) for three years. All these are public offices that could turn a man into a multi billionaire overnight for life, but Gen. Buhari went into them and came out of them without amassing wealth for himself or members of his immediate family. This is a clear proof that he had given honest leadership; a fundamental solution to the current problem of our country. And, as the universal dictum goes, honesty is the best policy. As Nigerians, faced with the dear problem of nation-building, we will be better off with a little bit of honesty, in accessing our potential leaders, in fielding them up in public offices and in them rendering leadership. But if we fail to do so and become misguided by our sentiments, emotions or selfish interests, then we are dooming not only our generation but the generation yet to come.

My position therefore irrevocably stands on a Buhari/Tinubu candidacy as the surest presidential ticket to give APC and Nigerians the desired victory. Once I get some little money in my pocket and I hear that APC has started registering members, I will be off for Imo State, heading to Owerri-West LGA, and straight to my Ndegwu/Amakohia-Ubi Ward to register as an APC member so as to vote for the Buhari/Tinubu presidential ticket thereby ensuring that this all important joint ticket of the party materializes.