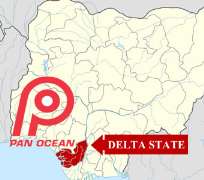 SAN FRANCISCO, February 05, (THEWILL) - The plans by an oil giant, Pan Ocean Oil Company, to site its oil flow station in the Ika North Local Government Area of Delta State where it is already drilling oil may have pitched the Senator representing Delta North Senatorial District at the Senate , Senator Ifeanyi Okowa, against the traditional ruler of Abavo, His Royal Majesty Obi Uche Irenuma II.

The monarch is accusing Okowa of trying to influence the siting of the flowstation in his village, which is a non oil producing community, instead of the community where the bulk of oil was struck.

The development, it was gathered, is already sending tongues wagging with fears of uncertainty gripping residents of Obiayima- Abavo, where the oil giant is currently drilling oil.

Meanwhile, the monarch has petitioned the Delta State governor, Dr. Emmanuel Uduaghan, and other relevant authorities, alleging that Okowa was the architect of the seeming uncertainty in the land as he is allegedly trying to influence the relocation of the oil flow station from his kingdom to Owa kingdom where the lawmaker hails from.

And leading protesters conveyed in over 20 buses to the Delta State Government House, Asaba, the monarch said Okowa and authorities of the oil firm should be called to order to avert negative reactions if they eventually succeed in relocating the flowstation.

“When Pan Ocean Oil Corporation came into OPL 275 for the purpose of oil exploration; the first port of call was Abavo Kingdom.

"All the documents made available to us then showed that the flow station for the oil block was going to be sited at Obiayima-Abavo".

"As a result of this, Pan Ocean was freely allowed into Obiayima community to drill oil.

"Today, three viable oil wells have been drilled at Obiayima-Abavo so why should Senator Okowa now try to influence its relocation against the wishes of his people,” the monarch queried.

In a statement titled, “Pan Ocean Oil Company Flow Station: Senator Okowa Has No Hand” signed by Mr. Jonathan Onwuka, media aide to Okowa and made available to journalists in Asaba, Okowa stated that the siting of a flow station is a technical issue which cannot be influenced or interfered with by any individual or arm of government.

"The allegations are most unfounded, false and a calculated attempt to drag the name of the distinguished Senator, who is maternally, an indigene of Abavo, and who in all his activities in government, has supported the cause of Abavo kingdom to the mud,” the statement said, adding that Sen. Okowa has had no dealing or any form of communication with the said oil company or its agent.

Maintaining that the protest organised by the monarch has political undertone, the statement said "nobody should drag the name of the Senator into disrepute,” saying siting of flow stations are private sector issue and technically-driven by experts in the oil sector.

THEWILL recalls that the monarch had warned that his people would not fold their hands and watch Pan Ocean site a flow station at Owa-Alidinma, a community with no oil and gas deposit or make the community a gathering point for the numerous oil wells in Abavo Kingdom.

He recalled that in December 2010 when Pan Ocean prepared its Environmental Impact Assessment (EIA) of the seismic data acquisition of OPL 275, a list of 18 major and minor communities within the oil block in which the oil company had interest was given, adding that no mention was made of either Owa Kingdom or Owa-Alidinma Community.

The protesters had also stormed the state-owned media Houses, Delta Broadcasting Service (DBS) and the Ministry of Oil and Gas in Asaba where they also dropped a copy of the protest letter which was earlier presented to the Chief of Staff Government House, Asaba through an officer of the State Security Service (SSS) for onward delivery to the governor.

The monarch had recalled that the Ministry of Oil and Gas had at several meetings advised Pan Ocean to properly site the oil flow station in order not to cause communal crisis in the state but all to no avail.

The Executive Secretary in the Ministry, Mr. Chuks Aguonye, who received the protesters and addressed them, however, appealed to the monarch and his subjects to remain calm and peaceful, saying government would look into the matter with a view to resolving it.