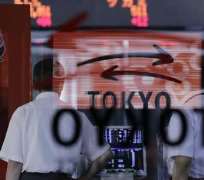 Asian shares, oil and the euro fell on Tuesday as investors took profits from recent rallies, while the yen got a respite from broad-based selling.

Positive data from China failed to brighten the bearish mood, after the Standard & Poor's 500 Index .SPX had its worst day since November on Monday on discouraging U.S. factory orders and worries that a potential political shake-up could disrupt the euro zone's efforts to resolve its debt crisis.

"This move in equities ... looks to be a healthy correction, nothing more," said Richard Yetsenga, Head of Global Markets at ANZ Research, adding that downside risk would likely convince major central banks globally to stick to easy policy.

In China, the HSBC services purchasing managers' index rose to a four-month high of 54 in January from December's 51.7, underlining confidence in the world's second-biggest economy, which is expected to grow 8.1 percent this year, off a 13-year low of 7.8 percent hit in 2012.

"The data globally is unquestionably better but the recovery still seems gradual. (China) hit the bottom and they had a bit of a bounce but nothing much else happened. We don't really seem to have preconditions for a much stronger bounce than that (8 percent growth)," Yetsenga said.

The Australian dollar fell 0.3 percent to $1.0405 after the Reserve Bank of Australia kept its cash rate steady at 3.0 percent, as expected, having just cut in December. Australian shares .AXJO fell 0.5 percent but trimmed some earlier losses after the RBA's rate decision.

The euro took the brunt of renewed focus on the euro zone problems, having risen 2.3 percent so far this year against the U.S. dollar, up about 5.4 percent against sterling and 1.8 percent higher against the Australian dollar.

"Markets have been increasingly comfortable with European risks over the past few months and are largely not positioned for this increase in political problems. The outcomes in Spain and Italy are far from certain and may represent stumbling blocks for further expansion in risk appetite," Barclays Capital said in a research note.

The yen took a breather, firming from lows against a broad range of currencies.

"Markets are broadly undergoing a correction and the euro is definitely facing profit-taking, given the pace of its climb. Worries about the euro zone debt crisis always remain a downside risk for the euro, and could push it lower to $1.32-$1.33," said Hiroshi Maeba, head of FX trading Japan at UBS in Tokyo. "But the trend is still upward for dollar/yen, cross/yen. The dollar could reach 95 yen by the end of the month."

As long as markets hold out expectations for the Bank of Japan to implement aggressive monetary easing to beat decades of deflation in Japan, the yen will stay pressured. Any correction to the dollar's rise against the yen was also be seen as shallow, with many traders and analysts seeing a firm floor around 87-88 yen.

Asian credit markets faltered with the plunge in equities, widening the spread on the iTraxx Asia ex-Japan investment-grade index by three basis points.

Brent crude slipped towards $115 per barrel, giving up some of its gains from the last three weeks, on renewed euro zone worries and a slightly firmer dollar.