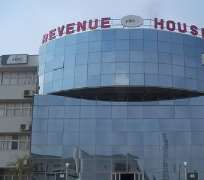 The federal tax collecting agency said doing so would interfere with its mandate to collect taxes for the FCT.

FIRS Coordinating Director, Support Services Group, Mr. Osy Chuke, made the declaration while making submissions before the Senate Committee on FCT on two bills for the establishment of the FCT Property Tax and the FCT Internal Revenue Service Bill.

Consequently, the FIRS called for the suspension of property tax in the FCT.

“It should also be noted that there will be need for several legislative amendments to accommodate an FCT Internal Revenue Service.

The legislation to be amended will include: FIRS Act, Taxes and Levies Approved List of Collection Act; Personal Income Tax Act; the Stamp Duties Act and Capital Gains Tax Act,” he said.

The proposed FCT IRS, according to him, would encroach on the mandate of the FIRS in many ways, by providing for the collection of taxes already being collected by the FIRS.

“The creation of the two agencies to administer taxes in the FCT may not be efficient especially if the current efforts of government to streamline agencies and reduce duplication of duties are considered.

“It should be noted that the FCT presently collects ground rent and tenement rates on properties through the Abuja Geographical Information System (AGIS) and the Abuja Municipal Area Council(AMAC),” he added .

Chuke further said it was the wish of the FIRS that its current status as the collecting agency of the FCT was maintained, noting that it had been collecting taxes for the FCT over the years.

Speaker of the House of Representatives, Hon. Aminu Tambuwal, in his remarks at the hearing, said the FCT should have its own structures and systems similar to those of states of the federation, saying it would be in line with the spirit of the Constitution.

“I understand that presently the FIRS collects, on behalf of the FCT some form of taxes, but for a fee of four per cent. There are other revenue sources that could be taxed, but are left to fallow, for lack of enabling laws. This public hearings will therefore provide members of the public with the opportunity to be involved in the process of law-making,” he said.

He drew the attention of the public to the constitutional provision for all citizens to pay taxes, adding that, “The FCT property tax bill when it becomes law would lead to expanding the revenue bases and creating new sources of funds.”

Minister of FCT, Senator Bala Mohammed, in his submission, said the intention of the bill when passed into law is to enable FCT assess, levy and collect property tax from owners and occupiers of developed real property in the FCT.

“The scope of the bill would cover residential, commercial, educational/private clinic/hospital, recreational and industrial/filling stations. The percentage annual charges for the various property classifications have been set at levels that do not exceed annual tax absorption capacity of properties.”

He said the law also recognised the fact that there were persons who were occupying non-commercial real property.

Chairman of the Joint Committee, Senator Smart Adeyemi, in his welcome address, stressed the need for the FCT Administration to develop alternative sources of funding, arguing that thousands of houses were lying unoccupied in the FCT.

“The need for adequate funding to sustain provision of amenities and other infrastructure within the territory is paramount.

"The dwindling allocations received from the federation account, which is grossly inadequate, may hinder the aspirations of making the FCT one of the first class cities in the world,” he said.

He added that the need for the establishment of the FCT Board of Internal Revenue Service and the imposition and administration of FCT Property Tax to harness the abundant revenue sources which are not collected in the FCT could not be undermined.