QOUTE OF THE DAY: Sex is Created For People Who Are Married- Rapper Eva Alordiah 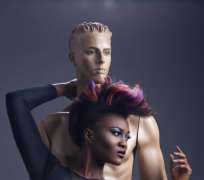 I am single but not searching. My mother is working on that. She is going to get me a husband from the village. I don't know how the search is going for her though. I think Nigerian men are fine, we have the best crop of men in Nigeria. My major priority is to be focused on necessary things. I don't see relationships as unnecessary but I see s*x as unnecessary. I am not a married woman, it is not something I would wake up in the morning and say I would indulge in it. It was created for married people. It is seen as a part of relationships by this generation because people are influenced by what they see on television and read in magazines. The youths are getting very enlightened.