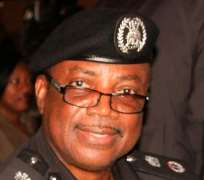 We the above named organization wish to draw your attention to the recent scenario as regards the dramatic script written by the commissioner of police and duly acted by the chief magistrate court 1 Warri- Mr. Ena Ojugo Esq.

We wish to inform you that our above position and perception towards the commissioner of police and the said magistrate were deduced and adduced by the following:

1. That the defence team led by BARR. O. IKIMI – A reputable human rights activist – was harassed, embarrassed and molested by the chief magistrate, who is presiding over the case of C.O.P VS BARR CASELEY OMON- IRABOR.

2. That the C.O.P use of his office to intimidate and harass the relations of BARR. CASELEY OMON-IRABOR, particularly with reference to the arrest and molestation of his wife at the court

premises on the 4th of January 2013 by Inspector Samuel Imana and Inspector Ogwedo, who was equally used to frame up Barr. Omon-Irabor – acting strictly on the directives and order of the C.O.P Delta state… This calls serious questioning.

3. That the commissioner of police is using his official power in ultra vires, to influence the magistrate to pervade the true course of justice. This could particularly be validated by the tacit negligence of the C.O.P to carry out the IG's order – that the said case be withdrawn for further and proper investigation.

4. That the commissioner of police further validated his alleged lopsidedness and bias against Barr. Omon-Irabor, when he specifically admitted on vanguard news (published on the 4th of January, 2013) that he actually once had a heated disagreement of opinion and position with the said Barr. Omon-Irabor, during a stakeholder meeting convened by the governor of Delta state, last year, to proffer solution to the upsurge of kidnapping in the state.

5. That the heightened presence of fiercely-looking mobile policemen on the 18th of January 2013, who besieged the premise of magistrate Court 1 Warri – presided over by Chief magistrate Ena Ojugo Esq. – where the said case is being tried. It was practically obvious that both the prosecution counsel and the magistrate displayed gross bias against Barr. Omon-Irabor. It should be specifically and specially noted that the instruction of the Inspector-General of police in a letter asking the police to withdraw the case file from the court for further and thorough investigation, was obviously jettisoned by he magistrate who insisted to continue with the trial, willy-nilly.

Given all the above, we hereby demand that as a matter of public interest, the Inspector-General of police should use his good office to remove and prosecute the commissioner of police – Mr. Ikechukwu Aduba, for his gross display of lopsidedness and abuse of official discretion, as no man is above the law. We also demand the immediate transfer of the said case from magistrate court 1 Warri, which is presided over by the said Chief magistrate, Ena Ojugo- whose obvious actions and inactions of gross bias against Barr. Caseley Omon-Irabor has tacitly made him an equal party to the said case… thus, for true justice to not only be done on this case, but be seen to have been done, the said magistrate must not be allowed to continue to preside over this case, as no man should be a judge over his own case – Nemo Judex in cau sa sua!