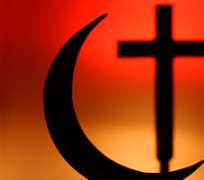 There are three religious systems in Africa. Traditional African religions, Islam and Christianity. Before the arrival of Islam and Christianity, majority of Africans practiced traditional African religions, while Christians and Muslims were in the minority. Africa was the first continent into which Islam expanded from Arabia. In 639 AD, seven years after the death of Prophet Mohammed, the Arabs advanced towards Africa and reached the Horn of Africa, North Africa and the Maghreb region. It was not until the beginning of the 20th century that a massive Christian and Muslim expansion began, at the expense of traditional African beliefs. North Africa has more Muslims, while Black Africa has more Christians.

During the 20th century, almost 40% of Africans moved from traditional African religions to different shades of Christianity. This represents the largest religious movement that has occurred in history. Today, about 488,800,000 Africans are Christians or 47% of the population. Of this number, about 350,000,000 are Catholics. In 1902, there were about 1 million Catholics. Currently, Black Africa is home to about 21% of the world's Christians. It is reported that currently over 6 million Muslims are converting to Christianity every year in Africa.

Islam has also kept place with the Christian expansion in Africa. In 1900, there were about 11 million Muslims in Africa. Today there are over 421,900,000 Muslims in Africa, majority of them in North Africa. They presently constitute about 40% of the population. There are about 150,000,000 Muslims in Black Africa or 15% of the World's Muslims. Africa has the highest percentage of Muslims in the world-52%. It was easier for Islam to make inroads into Black Africa than Christianity, because it left the African way of life undisturbed, while Christianity did not.

Black Africa is one of the most religious places in the world. In sharp contrast to Europe, Russia and the United States, very few people in Africa are religiously unaffiliated. Atheism is seriously frowned upon. Africa is the only continent that harbors Christians and Muslims in almost equal numbers. In a sense, one can say that Islam is an Afro-Asian religion in that almost all Muslim nations are in Africa or in Asia. There are few Muslims in Albania, Kosovo, Bosnia and Russia. Christianity on the other hand can be said to be an Afro-Western religion in that most Christian nations are in Africa or in the Western world. Although there are millions of individual Christians in Asia, the Philippines can be said to be the only Christian nation in Asia. In this regard, Africa can be said to be the most ecumenical continent in the world. This ecumenism arises out of the capacity of traditional African religions to tolerate and accommodate alternative religious cultures. In most countries in Africa, few evidence of widespread anti- Christian or anti-Muslim hostility can be observed.

In the 1960s, when most countries in Europe, Asia and the Americas were still struggling to divorce religion from its politics, Africans were setting the trend. It should be remembered that the first President of Senegal-an overwhelming Muslim nation-Leopold Senghor was a Christian intellectual. Gambia, Tanzania, and Burkina Faso, three nations that have a Muslim majorities saw no problems in electing David Jawara, Julius Nyerere and Maurice Yameogo respectively as its first presidents. All three were were Christians. Also, most African families are multi religious including mine. The father could be Muslim, the wife Catholic, the daughter Baptist, the son Methodist, the brother Buddhist and the in laws traditional African religion. The late King Mutesa 11 of Uganda was a Christian, but his uncle and chief adviser, Prince Badru Kakungulu was a Muslim. Most Christians and Muslims still consult traditional religious healers, believe in jujus, observe African rituals and participate in events to honor their ancestors. The Yoruba ethnic group of Southwest Nigeria symbolize this religious tolerance to its core. Split evenly between Muslims and Christians, the Yorubas make no distinction whatsoever between both religions when it comes to their daily lives, and the accommodating powers of traditional African religion manifests itself more within this ethnic group than with any other group in Africa.

However, this is not to say that there are no tensions between the two faiths once in a while, but most of the time what appears to be religious strife on the surface, may indeed reflect another kind of strife underneath. The Boko Haram in Nigeria say they are fighting to install an Islamic state, but most Nigerians believe it is a secret political and ethnic movement wearing a religious garb. The conflict in Sudan was not between the Muslims and Christians as some people thought, but a conflict between the non Arabized Black Southern Sudanese on one hand, and the Arab and Arabized northern Sudanese on the other. In Mali, the current rebellion by the Tuaregs has more to do with ethnicity than with religion. Though the rebellion has a religious connotation, it is an attempt by the Tuaregs to get a fair share of power now monopolized by the Bambara ethnic group. The opposition to Alassane Ouattara in the Ivory Coast was not because of his Muslim religious background as some people have insinuated, but because of his northern Dioula ethnicity. The Baoule's from the South see themselves as the natural rulers of the country, and thus they see Ouattara as an interloper and outsider.

The conventional wisdom has been that Africans lack sensitivity and tolerance for people of other faiths and religions. Nothing can be further from the truth. Africa is an ecumenical continent, accommodating and tolerating religious pluralism. Africans are more likely to kill each other because of ethnicity, than religion.


*Dr. Leonard Madu is President of the African Caribbean Institute and African Chamber of Commerce. He is also a Fox TV foreign affairs analyst and writes from Nashville, TN.

Disclaimer: "The views/contents expressed in this article are the sole responsibility of Leonard Madu and do not necessarily reflect those of The Nigerian Voice. The Nigerian Voice will not be responsible or liable for any inaccurate or incorrect statements contained in this article."
Articles by Leonard Madu
15-7-2013  Nigerian Army Got It Wrong With Hezbollah25-2-2013  Obama's Luo People19-2-2013  Who Are The Sunnis And The Shiites?.18-1-2013  Who Are The Sunnis And The Shiites?18-1-2013  The Muslim Brotherhood:face Of Political IslamMore...