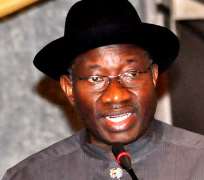 While the ministerial portfolio they are to occupy were not disclosed, It would be recalled that ministerial office of the Defence has been vacant while the resignation of Nnaji has left the power ministry partially vacant.

In the same vein, Jonathan also re-nominated, Sulieman Barau, as Deputy Governor of the Central Bank of Nigeria (CBN).