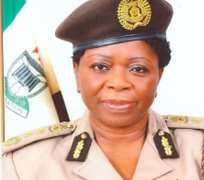 SAN FRANCISCO, January 15, (THEWILL) – The Comptroller General of Nigeria Immigration Service (NIS), Mrs. Rose Chinyere Uzoma has been retired from the service following the controversy that trailed the recruitment exercise of the agency.

Her retirement Tuesday was conveyed in a letter by the Director/Secretary, Civil Defence, Fire, Immigration and Prisons Services Board (CDFIPB), Dr. R. K Attahiru, who signed on behalf of the Minister of Interior and Chairman of CDFIPB, Comrade Abba Moro.