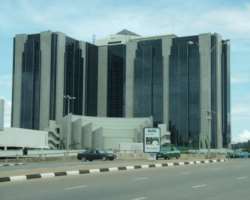 With the arrival of the governor of the Central Bank of Nigeria, the noise decibel has reached ear piercing levels on the local and international arena over his Nuhu Ribadu styled anthics. So much that the CBN governor in the person Lamido Sanusi had had to travel to the Unite Kingdom and United States of America among other places to douse the rising fears caused by the sudden ejection of the Five Chief executive officers and the subsequent suspension of the bank shares. This is as Ukpakareports.com has uncovered a secret plot to hand over the five banks to investors assembled from Islamic countries in the likes of Saudia Arabia, Dubai and others.

As gathered from a highly placed source within the corridors of Abuja political theatre, the plan to take over the five banks was partially hatched in late 2007 in Kaduna at a conference held at the Crystal Garden Hotel. The Conference was attended by Northern Conservatives who saw the Bank consolidation program by the former CBN governor as bad for the North. The Conference discussed the reversal of the consolidation program as its main agenda. The current managing director of Unity Bank, Mr. Falamo was present at the conference along with the present aide of President Yar'dua in the person of Mr. Tanimu.

The Conference concluded with the formation of a committee that will look into the reversal of the Bank Consolidation program Mr. Falamo was made the secretary of special committee. One of Mr. Falamo's tasks was to pay a special visit to the Sultan of Sokoto to present their case and agenda. In his presentation, on behalf of the committee, he pleaded with the Sultan of Sokoto to go to the President of Country to plead their case.

Unfortunately for the committee, the Sultan of Sokoto after giving audience to Falamo proceeded to table the matter to the President. He returned to tell the committee that the Bank Consolidation program was too popular to be reverse. With this, the committee dumped the idea of outright reversal. They went back to the drawing board and by February of 2008, they hatched a new idea---- The idea of regional banking.

In the committee's take, regional banking will give them assured autonomy and control of money within their region without the influence of a central regulatory authority like the CBN. The idea was presented by the Sultan of Sokoto along with an entourage of Emirs. For reasons not available to Ukpakareports.com, the idea failed to fly with the President. The Committee nevertheless did not relent in their efforts.

All seemed well as the 2008 gradually rolled past the rainy months. As the tenure of the former CBN governor neared expiration and/or renewal, the committee saw an opening to revamp and fine tune their plan. This time, the committee opted to use the CBN periodic data against the select banks of interest. The Committee's plan was to use the already published data to cause a media fuss over the debts owed by the selected banks. With this, and coupled with expected public sentiment, the plan was to replace the entire CEO and MD of the selected bank of interest with place holders. A “convertible” loan of N420billion would then be offered the banks. [Convertible in the sense that the loan can be converted to an investment by the CBN] This will be followed by the suspension of the bank stocks from trading at the Nigerian Stock Market. And with this action, the stocks are expected to fall in price and a rush to sell the stocks would likely follow. At this point, the stock market would lift the suspension and open the door to massive purchase of the shares by assembled foreign investors from Islamic countries.

The recent attempt by the Economic and Financial Crimes Commission (EFCC) to force the detained CEO's to dump their shares falls along the plan as hatched by Sansui/ Falamo committee. As the situation stands at the moment, the shares of the five banks have already begun descending in prices. Last week the Nigerian Stock Market regulatory body lifted the freeze on the shares at the five (5) Banks thus clearing the way for the pre- assembled investors to make the buy. It is expected that what would follow next is massive purchase of the shares by Sanusi's investors. At which point, the reversal of the popular bank consolidation program would have been achieved.