MIMIKO: RISING TO THE TASK , SETTING THE PACE 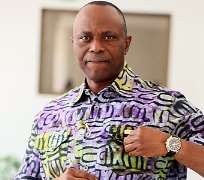 Defeated gladiators in the October 20 political arena of Ondo State may have shifted a belated battle to the courtroom, but for the general populace, the show has moved beyond the chapter of a political contest to the main scene of what the winner will offer. Though the coronation ceremony is not due until February 2013, the continuity that the arena victory offers Gov. Olusegun Mimiko brings an instant load of expectations. Of course, nothing-less should be expected from a brave warrior who secured the first ever back to back victory in an arena where no gladiator has ever retained a championship belt. This gallant and historical conquest makes expectation to be very high among the people when you also consider the fact that Mimiko also single-handedly defeated an acclaimed political lord of the Southwest.

Beyond the geographical boundary of Ondo State and the expectations of its sons and daughters far and near, other concerned Nigerians are equally watching keenly, how the man, touted as the Awolowo of this generation will consolidate on his achievements and cement his place forever as a noble leader of sort. Certainly, Mimiko can never please everybody and cannot even satisfy the majority of the people, but some things will count at the end of the day – that is, fulfilling the promises that earned him a second term ticket as a performing governor.

His promises and pledges are his covenant with the good people of Ondo State.

The task ahead of the governor is numerous and challenging, but are not insurmountable. As a man of few words who speaks mainly through his action and what he can deliver, many including this writer expect Mimiko, the man-the Iroko himself to do justice and even surpass expectations. Mimiko should by now realize that the manner of his victory has made him a golden fish that has no hiding place. He cannot afford to let the people down as many expect this Sunshine-Eagle to soar high and rise above the turbulent cloud. There must be no excuse, because leadership entails weighing commitments and the challenges before making promises. Surely, only the delivery of those promises will count during stock taking in 2016/2017.

The people will compare notes at the end of the day, they will want to know if a Sea Port at Igbokoda has been achieved, how many ailing industries were revived and how many jobs were created or provided through these interventions. They will ask questions about the Ifon Ceramic industry, Oluwa glass factory, Okitipupa palm oil company which are currently in comatose, the completion of a mega school each in all the local governments and the renovation of all public schools in the state, certainly they will not forget the promise of a befitting first ever industrial park with all accompanying infrastructure and 30 Mega Watts of electricity. What about Coastal Region Development and industrialization, Trade and Investment drive, development of a burgeoning tourism sector sea side inclusive, completion of ongoing roads construction and sustainability of Mother and Child Hospital, the Abiye safe motherhood initiative and above all providing strategic initiatives that would comfortably make the sun to shine us to an enviable pride of place? Indeed Mimiko will be measured by the delivery of these promises, creative initiative and promoting an international benchmark for good governance.

Irrespective of the optimism earlier expressed on the capacity of the governor to deliver, yet, all these expectations may not come to fruition if the people will not support the government to succeed.

Government is about the people and success of government is an aggregate of good men and women who collectively work to do something positive.

Everybody has a role to play to make Mimiko succeed. America is today a great nation because it thrives on what people are doing to make country great and not what the country can do for them. There must be a collective sense of ownership and a willingness among the people to unleash their inherent creative energy. It is a sacred duty for every human being to make his or her environment/society better than it is met.

It is also unexpected that there will be detractors, as well as real and crude agents of retrogression working to undermine the system. The people must resolve to work against this in prayer and in vigilance.

When evil berths in a land, it spares no one, hence the people must resolve never to aid or abet any form of evil in the form of political manipulation. The governor must also be bold against distractions and be prepared to take the boldest of all actions to defend the people and earn a great everlasting positive legacy.

As the reigning political champion in the Southwest and the conqueror of Lagos-Bourdilon, many politicians will come from far and near to seek refuge and as well rely on his political sagacity and machinery to do exploits in their own land. On this, the governor needs divine wisdom to keep pace with the development of his state and as well attend to political issues which he cannot avoid. 2015 is very close; Mimiko will play a major role in the political future of Southwest. He is no doubt among the first three political personalities that any Presidential candidate will be seeking to align with in the Southwest. Obasanjo and Tinubu are the other two. Yes Mimiko is in that league now, take it or leave it.

However, what will count most is the kind of personalities the governor will select to work with for his second term. He is no longer under pressure to deliver, the strategy is his to plot and the plan and is also his to execute because at the end of the day many will not remember the commissioners and appointees that served, but the governor that reigned at the time of assessment. Mimiko is expected to rise to the task ahead and set a new pace, time waits for no man - the journey continues.

While we muse and await unprecedented development, we hope the Governor has hit the ground running and should realize that we the same people that gave him the mandate to once again lead us shall be his biggest antagonist if we perceive one or any of the triple malaise of corruption, insincerity of purpose and a lackadaisical approach to work.