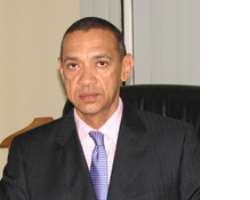 Over the past few months, the Minister of Information and Communications, Professor Dora Akunyili has been in the dock of public opinion but unfortunately for the wrong reasons. The issue revolves around who did what, how and when in the award of a recent contract to upgrade NTA facilities ahead of the under 17 World Cup. The reasons advanced for the one-sided debate have certainly failed to connect, leaving the larger public with an impression of a conspiracy to give a dog a bad name just to hang it. The real reasons behind the insinuations that Akunyili might have influenced the outcome of the contract can only come from position of negative mindset, wrong perception, unfounded suspicion and limited knowledge of NTA contract administration procedure. Before 1999, Ministers could easily influence a procurement process in a parastatal or agency. After 1999, it has become increasingly difficult. The game has since changed. As former NTA DG, I know that Contract processes are handled by the agencies themselves through the Bureau of Public Procurement ( BPP ).

This explained why NTA went through the rigorous process of selective tendering and recommended three contractors to BPP . THOMPSON GRASS VALLEY of FRANCE was awarded the upgrading and refurbishing of 6 Outside Broadcast Van from Standard Definition (SD) to High Definition (HD) and the refurbishing of International Broadcasting Centre from SD to HD. WTS/SONY NIGERIA was awarded the contract to renovate the 6 Digital Satalite News Gathering Van while VISAT USA is to upgrade and refurbish 9 Meter Satalite Hub at the National Stadium. Interestingly, BPP reviewed the submission and called for fresh tenders from companies. Thereafter, BPP selected WTS SONNY to handle the whole contract! It was after this stage that the Minister as a statutory responsibility took the recommendations of the NTA with the certificate of no objection issued by the BPP to the Federal Executive Council for consideration and approval.

Beyond this, I have also followed arguments in some sections of the media over attempts to make some kind of narrow comparisons between the procurement of those facilities for NTA and a claim of similar procurements in South Africa . Even if the procurements were made by South Africa , some basic questions would definitely arise. For instance, what kind of outside broadcast vans were procured by Nigeria and South Africa ? Were there the same in quantity, quality, size, accessories, and operational mobility? What about maintence arrangements, training, and other vital conditions? How does the issue of exchange rate and environmental regulations play-out in the comparisons? What of other purchases included in the Nigeria package such as cameras, microphones ect? Is the condition for payment same with South Africa as in the case of Nigeria ? These and more questions that I suspect are the kind that arises when people make comparisons that are clearly superfluous, inconsistent and incongruous. There is nothing to also suggest that the Bureau of Public Procurement failed to use the same parameter it had adopted in the past to subject the cost to conform with the most responsive competitive cost within the frame work of due process pricing regime.

I do not see the connection between the on-going sponsored attacks on Prof Akunyili's role which in any case she had no option under the public procurement policy guidelines of the Federal Government. I sympathize with Prof Akunyili for being a victim of the unfortunate growing culture of “pull-him-down” even when the issues are clearly laid on the table. Having worked conscientiously for Nigeria and in the process built a solid reputation, what should make Prof Akunyili rub on her reputation at this stage? I do not see any such motivation?

What must have been at the back of all the media-war against the minister, might not be unconnected with the unhealthy rivalry and the on-going struggle over who secures the hosting right of the under 17 world cup. The support of the Umar Yar'adua administration through Minister's effort in favour of NTA is not only open but solid to the envy of all rivals of the national television.

Ben Bruce is the president of the Silver Bird Group and former Director General of NTA.