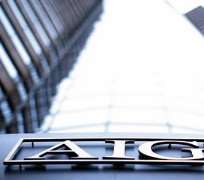 American International Group Inc (AIG.N) said the U.S. Treasury will sell its last remaining stake in the company, giving a total profit to taxpayers of $22.7 billion on the bailout.

The Treasury is selling its last 234.2 million shares of AIG common stock for $32.50 per share, raising around $7.6 billion.

The Treasury said it had realized a positive return of $5 billion on the $182 billion bailout while the Federal Reserve had made $17.7 billion.