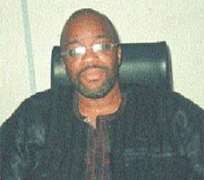 Information coming out of the State House in Awka, the capital of Anambra State indicates that the former Honorable Commissioner for the State Ministry for Special Duties and present Commissioner for Transport, the person in the name of Emeka Odimegwu Ojukwu [jr] has resigned the Peter Obi administration over issues hovering on the failed N255million heist by Peter Obi's aide.

The resignation which came last week following a behind the scene squabble between Peter Obi's boys and Emeka Ojukwu over the ill management of the State finances - was kept under tight seal until now. This is as they [Peter Obi, Victor Umeh, Dubem Obaze and others] have engaged themselves in a frantic pleading for Emeka Ojukwu to rethink his decision.

It is recalled that Gov. Peter Obi had told the people of Anambra that the N255million intercepted by the Lagos police was meant for use in the purchase of transport vehicles - which automatically falls under the auspieces of the State Ministry of Transport - which Emeka Ojukwu [jr] heads. Emeka Ojukwu [jr] has since pled total ignorance over the matter. A source close to him noted that Emeka Ojukwu [jr] told the Governor that he is not prepared to take the fall.

It appears from all indications that the bottom of the bucket has begun drop - for the Peter Obi administration. More details to the Emeka Ojukwu [jr] resignation is expected surface - and as they surface Ukpakareports.com will bring it. Stay tuned.