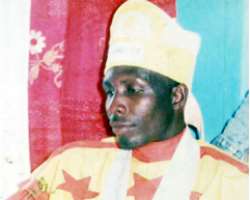 Mr. President: I am Chief Government Ekepemupolo, referred to in good and odd times as Tompolo. I have played my insignificant roles religiously in the determined struggle of the Ijaw, nay Niger Delta, nationalities since 1993 against insensitive multinational corporations and the state. In 2003, I left the average God given comfort of my life without prompting and moved into our beautiful creeks of the Delta of the Niger (reversal mine) among others, to advance our divine and just cause. Till date, I do not plan nor envisage a return to the artificial cities of Warri, Port Harcourt, Lagos and Abuja with your response trend to our struggle.

The intellectual and political agitation of our people predates Nigeria's independence hurried as it seems today; and the same fundamental and core issues remain unsuppressed and ever daring despite conscious attempts by successive regimes to simplify them through unending conference talks and committees without attending to the recommendations there from.

Reform proposals, from the Willinks Commission of 1958 through Gen. Ogomudia's special Security Report to the Mitee Technical Committee, abound. Candidly, your committee on amnesty and its arm dealing with disarmament in content and operations are the same to the purified ramifications of our structured struggle. Who is deceiving who?

THE PEACE PROCESS
On assumption of office on 29th May 2007, MEND and the peoples of the Niger Delta greeted you with a unilateral ceasefire and opened a wide window for a peaceful resolution of the regional crisis. On 29th June 2007, your Vice President Dr. Goodluck Ebele Jonathan visited regional agitators in Camp 5 with a message of peace and process was agreed.

There from, I have spoken with lowly and highly placed in your government including yourself emphasizing on the cardinal demands of our people. No armed confrontation of skirmishes had occurred between agitators and the Joint Task Force until 13 May 2009 amidst the traditional festival of the people of Gbaranmatu. Who is really deceiving who?

Your government and our people met severally in Abuja, constituted joint committees with your former SGF Babagana Kingibe, present SGF, Ahmed Yayale, cabinet ministers and Defence Chiefs serving variously with our representatives led by Elder T.K.Ogoriba. We agreed on a few fundamental areas of great concern with sub-committees constituted to engage stakeholders preliminarily in the region. We agreed on a presidential visit, declaration of development emergency in the region, release of Henry Okah and others detained in connection with our agitation, pilot withdrawal of the Joint Task Force from the region and composition of oil commissions by regional states, among others that would be discussed in a formal dialogue between government and regional elders and youth leaders.

What happened to these agreements? Why did the events of 13th May 2009 happen instead of a gradual implementation of these preliminary terms agreed to whilst we kept our peace? Who exactly breached the peace and is transparently deceiving who?

AMNESTY AND DISARMAMENT
Your Excellency, your proclamation of Amnesty on 25th June 2009 is only viewed by my ilk as part of the peace process, which was breached on 13th May 2009. It is not viewed as the ultimate or that official act of oblivion or pardon on the part of your government to absolve without trial so-called offenders or group of offenders, intentionally forgetting or overlooking wrongdoings by same. We view the gesture as offer from nothing but it can be something with mutual sincerity and great will.

Why distort and simplify, as usual, our genuine struggle to crime and disarmament? Are crimes of kidnapping, abduction and hostage-taking synonymous to and with our region? Who kidnaps in Kaduna, Lagos, Kogi, Ondo, and the entire Eastern states of the country? Do the security agencies inform government correctly that 99% of crime cases in Port Harcourt are not perpetrated by agitators and core regional indigenes? Categorically, Politicians, Political and Commercial Crime Merchants all over the country are the architects to undo themselves and others. We are clear-headed agitators with an inherited defined vision and mission.

Why the push for disarmament within this space of peace, instead of engagement on the fundamentals that occasioned the armed agitation and its associated incidents? Who bought the arms with whose money? Except by make-beliefs and showbiz, can genuine disarmament be achieved with the Joint Task Force killing and destroying communities, with guns pointed at agitators to drop arms without commencing genuine dialogue on the regional fundamentals and possible mutual reconciliation? I make bold to state categorically that true peace and disarmament can only be seen occurred when and only when the Core Demands of the region are being addressed through a mutually progressive dialogue.

Mr. President, whilst hoping for the practical reality of that dialogue to usher in peace and justice. I suggest the following as preliminary acceptable to the agitators:

1.WITHDRAW OF JTF AND DEMILITARILIZATION
The formation and operation of the Joint Task Force since 2004 has clearly indicated a scenario of replacement for coup plotting in the country, it has caused much image damage to Nigeria and colossal financial waste to the region. Is it part of its mandate for a military officer with rank of Lieutenant Colonel, Major or Captain to lead an “escort job” for multinational corporations? What are rank and file and junior officer doing in the region? It shows degeneration and calls urgently for an improved welfare status for the military which is gradually establishing the region as a survive pipe. Government must improve their welfare and make the barracks attractive and stop sacrificing our region for the stability of their polity.

I herein enjoin the withdrawal of the Joint Task Force and demilitarization of our region from Okirika and Kalabari Kingdoms in Rivers state through the civil Ijaw communities of Bayelsa state to the serene communities of Western Ijaw in Ondo, Edo and Delta states. The Joint Task Force makes no difference: instead it aggravates the conflicts to stay put in the region. They may win this war against our just cause: but they cannot win the peace in any guise not even in our region wherein every child of three and above sleeps with the knowledge of every pipeline meter criss-crossing the region. May 13, 2009 and its fallouts has and shall vindicate and triumph us ultimately.

2. THE RIVER NIGER DREDGING
Government characteristic- to-type has enlisted Chief Tony Anenih and Mrs. Deziani Allision Madueke to dredge the River Niger. Why is government pushing with intent to use the force of JTF to dredge the river instead of addressing the environmental hazards such will cause the communities therein as contained in the Environmental Impact Assessment report such as shore protection and adherence to local content? Legitimate governments all over the world address the communal fears and concerns of the affected before such projects are executed. I hereon disclaim any contact with Chief Tony Anenih on this issue as claimed. I remain among those opposed to it and I am committed to confront by any means necessary any real attempt to dredge the river without recourse to universal standards that are acceptable.

I also enjoin Chief Tony Anenih and Mrs. Madueke to tread softly: for this is an attack on our existence and identity. I consequently urge Mr. President to halt the process and direct government agencies to comply with agreeable standards for the management of the River Niger as a vital lifeline for our people.

3. THE SEPTEMBER BIDS & OIL BUNKERING
Oil bunkering is consciously being peddled by the JTF and Government in their bid to cover state failure and to malign our legitimate struggle. Such expensive ventures requiring huge finances power and contacts can only be carried out by the mighty in government and huge businesses. Who provides or buys the vessels and equipment? Who settles the military and has the connections with the foreigners and refineries? Who owns those vessels apprehended and disappearing? I make bold to urge Mr. President to show will and determination to stop bunkering in the region and see how the mighty in Lagos and Abuja will fall.

However, Mr. President how many Niger Deltans have oil fields, blocs or even allocations that girlfriends are entitled to in Abuja? Does it sound just amidst truths that General T.Y.Danjuma sold 45% of one of his marginal fields (Akpo Field) to a Chinese firm for 2.3billion Dollars, still keeping 55%? Can this happen to the Hausa, Yoruba or Igbo? Why must we suffer so much for a God-given blessing? Do you think there can be peace where the people do not have appreciable stakes in their resources and composition and operations of multinationals in the region? Emphatically NO!

CONCLUSION
Mr. President, this is my first personal missive to any government or its privies since 2003 and it remains on the fundamental demands of the region raised for over 50 years by our people who are starkly faced with the daily worrying reality of a hopeless life after oil. With sincerity of purpose and determined will, the crisis in the region remains the simplest to resolve. I urge you to authorize your government to commence dialogue with representatives of the people of the region, nominated from elders and leaders of youths referred to as Aaron Team by MEND, on the core demands of the region with pride and mutual balance.

Your Excellency, may I remind you that Major Isaac Adaka Boro died for this cause: our noble poet and play writer got hanged with eight other Ogonis in 1995, Dokubo Asari and Henry Okah among others got incarcerated in inhuman conditions for years, just as several unsung brethren have been murdered and several of our innocent communities completely destroyed. These did not stop the agitation of the people; instead it reinforces it in tactics and participation. How can killing Tompolo, Fara, Ateke, Boyloaf, Afrika, Shoot at Sight, Young Shall Grow and others stop the numerous unsung Tompolos in the creeks who owe our people at home and in the Diaspora this noble duty to bring justice and peace to our land? Kindly thread the path of dialogue, not force. There is no bad peace.

I salute the courage and sacrifice of our brethren in our blessed region in this noble struggle. I thank Henry Okah, Dokubo Asari, Fara Dagogo, Ebi Ben (Boyloaf), Ateke Tom, Shoot at Sight, Afrika, Joshua, Young Shall Grow and several others known and unknown for your past and present sacrifices.