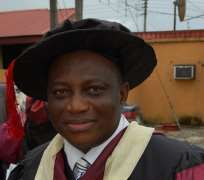 Abstract
The deregulation of the economy in the wake of the present democratic administration in 1999 saw the emergency of private universities. Recently, the federal government has initiated momentous reforms in the University sub-sector, designed to promote institutional autonomy, strengthen governance and entrench mechanisms for quality assurance and control. However, there are serious allegations that the public university system in Nigeria is characterized by poor funding, high students' wastage, huge unsatisfied demand-supply gap, lack of critical educational inputs and incessant industrial unrest. Whereas university autonomy and academic freedom only exist in principle, institutional mechanisms of quality control have been weakened by the centrifugal forces of politics of ethnic balancing. Although the contention is that the standard of education is diminishing, attempts at improving the system's dysfunctionalities have been incremental hence Nigerian Universities are at the risk of losing their competitive edge. The increasing demand for university education, the growing importance of knowledge economy coupled with the grim logic of globalization has necessitated the establishment of 23 private Universities. The emerging private universities, if properly supervised, will constitute engines for manpower development and a critical locus for innovation and research. This paper examines private universities in Nigeria: implications for quality control. The paper discusses the rationale for the emergence of private universities, the critical issues of educational standards (quality) and the mechanisms and strategies for quality control in private universities. The paper highlights the role of quality control bodies such as the NUC and the challenges facing them. The paper advocates reciprocity of capacity and accountability as an effective paradigm for improving the quality of education in private universities. The paper concludes with recommendations that private universities adopt market responsive, “enterprise culture” curricula geared towards production and commercialization rather than continue with the conventional system, which is in dissonance with the dynamics of the labour market.

Introduction
The world over, universities are identified as critical engines for socio-economic and political development. Universities have become a primary locus for innovation, expanding the pool of high caliber manpower to address the challenges of underdevelopment. In Nigeria, education is seen as an instrument for development and national integration. According to National Policy on Education (2004), the teaching and research functions of higher educational institutions have an important role to play in national development particularly in development of high level manpower.

Specifically, the aims of higher education in Nigeria as articulated in the NPE include:

(a) The acquisition, development and inculcation of the proper value-orientation for the survival of individual and society.

(b) The development of intellectual capacities of individuals to understand and appreciate their environment.

(c) The acquisition of both physical and intellectual skills which enable individuals to develop into useful members of the community.

(d) The acquisition of an objective view of the local and external environments.

The policy further states that higher educational institutions should pursue their goals through:

l. teaching
ll. research
lll. the dissemination of existing and new information
lV. Being a storehouse of knowledge (NPE, 2004)

The exponential expansion of the university system since the 1980's amidst complaints of dwindling standards led the federal government to adopt measures designed to control the quality of education. Some of these measures include: the closure to outreach centers or satellite campuses, introduction of rigid entry requirements such as the post JAMB aptitude test, unduly long duration of programmes and the transfer of regulations of regular programmes to Distance Learning Programme. The Federal Government has embarked on some forward-looking policies to reform the University System.

In July 2001, universities were given full responsibility for institutional governance, although some areas of the policy thrust are still contentious. In March 2002, a National Summit on Higher Education was held to examine the management, funding curriculum relevance and access into universities. There is a mass of evidence to show that the existing curriculum is not only defective but also lacks quality. The NUC accreditation exercise in 2000 showed that of the 1,185 academic programmes, only 11% were given full accreditation, (NUC, 2001). In the face of mystification of access to university education reduced levels of funding. Besides, the requirements to run Universities according to private sectors principles and the dominance of managerial and entrepreneurial approaches to higher education have occupied the centre stage in educational management. What has become fashionable in Universities around the world is a shift from basic to applied research, with emphasis on the nexus between education and the economy, and greater concern with issues of intellectual property rights and the prioritization of research for product development and commercialization. (Mala Singh, 2001). These trends are bringing Universities in line with influential global paradigms and best practices.

Nigeria has the largest university system in the Sub-Saharan Africa. Enrolments grow at a rapid growth rate of 12% with an average staff-student ratio o 1:21 in the Sciences; 1:25 in Engineering, 1:37 in Law and 1:37 in Education. Efforts in recent times to win the confidence of recipients, to improve the quality of education are vitiate by acute shortage of high level manpower. In 1997 and 1999, the number of academic staff declined by 12%. This is most conspicuous in engineering, medicine and business disciplines (NUC, 2002). A substantial chunk of the high caliber manpower has been consumed by the long term brain drain. At present, the university system has only about 46% of its estimated staffing needs.

The Nigerian university system is yet to grapple with the New Innovation System, which has been in vogue in the advanced countries. Universities around the world now compete nationally and internationally for quality staff and students. This is because innovation involves creativity and resourcefulness. The competition has been made keener by globalization, which again constitutes a major challenge to the Nigeria University System. Another challenge is the expansion of higher education systems coupled with the need for universities to become less dependent on government funding. The challenge to maintain systematic efficiency and stability is also daunting.

The phenomenon of brain drain is worsened by the low reward of staff increasing workloads and teacher-pupil ratio-a corollary of system expansion, student's irredentism and teacher militancy. Brain drain has in turn been compounded by lack of capacities for managing the large and complex university system. Whereas the application of Management Information System is still limited, strategic planning is at its infancy. Nigeria is also far behind in developing a linkage between knowledge and economic growth as compared to other countries. Other countries have made appreciable progress in this regard. For example the ratio of scientists and engineers engaged in active research in Nigeria is 115:1 million people; thus compares with 168 in Brazil, 459 in China 158 in India 4, 103 U.S (World Bank, 2002). Nigeria has not embraced the “National Innovation System” apparently because of her low investment in basic tertiary education and poor funding of research. Hartnett (2000) observes that only 1.3% of the budget of federal universities in Nigeria is spent on research. Nigeria spends an estimated 2.4% of its GNP on education.

Table 1 below presents the list of 23 private universities in Nigeria as at 2006.

Table I: Private Universities in Nigeria as at 2006

Rationale for the Emergence of Private universities:

Realizing that education is the spark plug for development, Nigeria adopted policies and programmes that are inclined to the Social Demand Approach to the supply of education. It was for the same reason that in 1979, university education was placed on the concurrent list in the Nigerian Constitution. This provision marked the genesis of the establishment of private universities in Nigeria.

A fundamental justification for the emergence of private universities in the late 1990s is the rising index of unsatisfied demand. This is illustrated in table 11 below.