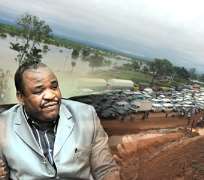 ABUJA, October 11, (THEWILL) - The House of Representatives Thursday summoned the minister of works, Mr. Mike Onolememen to brief it on efforts being made to expand the Abuja-Lokoja road for ease of traffic.

The summon was the outcome of a motion on the Lokoja-Abuja road diversion sponsored by Hon. Asema Sadiq Muhammed, representing Ajaokuta Federal Constituency of Kogi State.

The lawmakers had at the plenary unanimously agreed that due to the importance of the road to the nation's economy, efforts should be doubled to reduce the gridlock caused by the diversion.

The House also urged the federal ministry of works and other relevant government agencies to carry out urgent repairs on the road to allow easy passage of traffic while urging the Federal Road Safety Commission (FRSC) to deploy more officers to the road to assist commuters.

In his lead debate on the general principles of the motion, Hon. Muhammed highlighted the recent flooding that severely affected Kogi and the disastrous consequences and untold hardship it has caused motorists and commuters using the Abuja-Lokoja road.

He said the House is aware that the Federal Government through the Ministers of Works and Environment had visited Kogi state and announced the diversion of traffic to a native road which has been unable to manage the pressure of traffic.

He expressed worry that the emergency raod had deteriorated forcing many users to remain on it for hours.

The lawmaker maintained that the deplorable state of the road has affected economic and social activities and may impact negatively on the upcoming holiday season.