TOP10MICS concert slated for November 30th at Eko Hotel ...who will make the list this year? 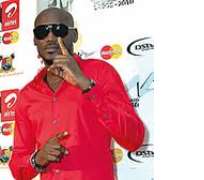 The organisers of the most talked about musical concert of last year, TOP10MICS, Koga Studios have taken off form where they left it as they bring the second edition of the highly publicized concert again this year but this time, to the exquisite Eko Hotel and Suites, Victoria Island, Lagos.

The event of last year was a huge success as it featured top notch entertainers in their respective genres of music such as the African Queen Crooner, 2face Idibia, Trybesmen Chief Executive, Eldee Tha Don, EME Recording Artiste, Wizkid, Chocolate City Act, MI, P Square, Mocheedah, Afrobeat Maestro, Femi Kuti, Port Harcourt's First Son, Duncan Mighty, Afro Juju Exponent, Sir Shina Peters and Omo Rapala Himself, Abass Akande Obesere. The event held at the famous Tafawa Balewa Square (TBS) in the heart of Lagos Island brought many youths and adults together in their numbers. The question which is on many people' lips that the organisers are not prepared to answer now is “which artistes would make the event at Eko Hotel this year?”. Names like Dbanj, Davido, Wande Coal, Dr Sid, Chuddy K are being mooted in some quarters while some are even speculating if some of the acts that performed last year would stage a return, but time will tell.

This year's event promises to be fun and the organisers have decided to add new twists to the concert by bringing top music acts for the Friday, November 30, 2012 concert but they have decided to keep mum on the artistes billed to perform for now but the list of the artistes would be revealed by end of the month. Regular concert tickets will be sold at designated stores and tables would also be sold for the concert.

Speaking on the upcoming concert, an official of Koga Studios, Amaka Emerole said ''we once again thank the fans that thronged the TBS venue of last year's event, it was really humbling seeing people come in their numbers even though it was our first ever concert, the attendance was impressive. This year's event promises to be bigger and somewhat classier judging by the changes made to the venue which is now Eko Hotels and Suites, we implore people to purchase their tickets early enough so as to avoid the late scramble for concert tickets''.

When asked how prepared they are for the concert, Amaka opined ''we have already hit the ground running with the needed preparations, we are not there yet but we are on the right course. Staging the biggest concert this year is our top priority, an event which would have cult following among people and an event that would linger on in the memories of people, those are things we want to achieve with this year's concert and with the TOP10MICS brand''.