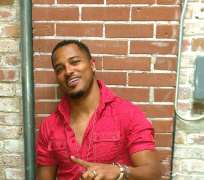 Following outstanding performances in the field of acting over the years, prince of African movies Van Vicker has fulfilled the promise he made to movie fans all over the world. His passion of directing and rolling out quality movies from his Sky + Orange Production house is now a reality.

The multi talented, worldwide household name, Van Vicker, known for his exceptional acting skills has proved to be more than just an actor. He is currently about to direct his fifth movie titled “LOST”. Some of his previous productions under Sky + Orange Productions are Friday Night (08), Raj (10), The Hands Of Time (Sept. 2012) and Joni Waka (Nov. 2012).

Taking a look at the movies under Van Vicker's belt as a director and producer, there is no doubt the talent embedded in this handsome actor is enormous.

The movie “Friday night” which was released in 2008 got people talking about Van's talent as a director, with arguments from critics in some sections of the industry asking if he could stand the test of time. Then came another “Raj” which silenced critics, with many giving the budding director thumbs up for a good job well done.

Van did not relent in his efforts and has gone on to direct and produce two more movies titled “The Hands Of Time” featuring some of the well known names in the industry, Kofi Adjorlolo & Nadia Buari,. In one of his most recent projects, Van Vicker has explored a genre not familiar to his fans. As well as directing Van also features in the comedy thriller titled “Joni Waka” which stars himself and Ghana's king of comedy Agyaa Koo.

Emphasizing on the project 'LOST' Van outlined, “It is my career and my passion, I am giving it my all to make it work. This piece is more or less an epic modern kind of movie and Ghanaians will experience a never seen before action. I want to expose areas that have not been explored in the industry. I thank God for my fantastic production team and I know without a doubt that we will deliver.”

He continued to say that, the movie, 'LOST' will be out in December or early next year and fans should expect to see 'a different movie'. The movie dubbed to be a blockbuster never seen before features Ghallywood and Nollywood stars.

For fans that have been waiting to experience Van Vicker's talent as both an actor and a director, the opportunity is finally here. The Ghanaian star and his production house, gears up for a world class premiere on the 3rd of August 2012, for his latest production “The Hands Of Time” at the prestigious SilverBird Cinemas. There is much to be expected and lots of surprises. It is an event not to be missed.