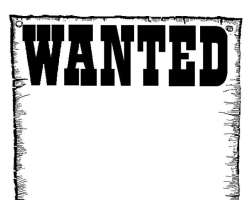 The furore that followed the sack of Boards and Chief Executive Officers, CEOs, of five banks and subsequent release of highly controversial list of bad debtors of the banks by the Central Bank of Nigeria, CBN, took a new turn at the weekend as indications emerged that the Economic and Financial Crimes Commission, EFCC, declared two of the removed CEOs, Mr Erastus Akingbola formerly of Intercontinental Bank and Mrs Cecilia Ibru, the former boss at the Oceanic Bank wanted. Coincidentally the duo are challenging their removal in court.

According to a statement released yesterday by the anti-graft agency and signed by the Head, Media and Publicity, Femi Babafemi, “the two former bank executives are wanted in connection with fraudulent abuse of credit process, insider trading, capital market manipulation and money laundering running into billions of Naira.”

Executive Chairman of the EFCC, Mrs. Farida Waziri, directed that the two former bank executives be declared wanted at the weekend following their failure to honour the Commission's invitation.

“Apart from failing to honour the Commission's invitation, intensive search for the two executives in the last one week has not been successful. They obviously went into hiding to evade arrest.

“This development has made it imperative for the Commission to solicit for useful information from Nigerians who know their whereabouts.

“In the same vein, it is necessary to warn that anybody who harbours the two former bank executives will be treated as an accomplice or accessory to crime,” the statement added.

Although some banks say concerted efforts are being made by the debtors to service their obligations, figures being quoted are far below the loan profiles

Aondoakaa backs sacked banks' MDs probe
The Attorney-General of the Federation and Minister of Justice, Chief Michael Aondoakaa (SAN), has thrown his weight behind the action of the Governor of the Central Bank of Nigeria (CBN), Mallam Sanusi Lamido Sanusi, as regards the on-going reforms in the banking sector.

In a press statement signed by his Special Assistant on Media, Mr. Onov Tyuulugh, the AGF praised the patriotism and courage of Mallam Sanusi and called on all Nigerians to support the apex bank's chief in his efforts to reposition Nigerian banks.

He also called on shareholders of the affected banks to consider this intervention as a positive step to avert a doom in the banking industry. He emphasized that all well – meaning Nigerians should support the CBN's efforts to move Nigeria's banking industry forward.

The AGF has also called on depositors not to panic as President Umaru Musa Yar'Adua is committed to ensuring that no bank collapses in Nigeria.