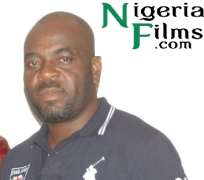 Top Nollywood actor, Funsho Adeolu is a big fish in a big ocean. He has been doing well in the Yoruba and English genre of the entertainment industry in Nigeria. In a brief chat recently, Funsho opened up on the problems that loom for thos young men out there who are yet to settle down.

His reason? "I have been there a long time ago when it comes to dealing with women. At the age of 13, I already had a girlfriend. I have seen everything about women. Women of nowadays don't love. They are after something else. So I pity our young men that are planning to get married now. I pity them a lot. If I had not been married that year, the next year or a year after that, I would be married but I would not love my wife. I would not expect that the love she had for me is genuine. I would know she is probably in love because I'm a star."

Funsho to a lot of people is one hard guy who wouldn't know how to manage a home but he said that he's a good home manager and know how to love and respect women too.

"I respect women a lot. No matter how young she is, I won't sit down to shake a lady. I will stand up. When I was growing up, I was exposed to so many things. So, I began to see women like I am seeing them right now since I was 20. Those things that you see in me that look like a gentleman's stuff have been in me right from when I was growing up. I have learnt to respect ladies a lot. I don't like hurting them at all. I cannot beat a lady. I'm not a typical Nigerian who sees his wife as a second fiddle. This African mentality makes a man fight his wife regularly." He said.

On challenges he faces on a daily basis at work and in his marital life, Funsho who has received series of award for his contribution in the entertainment industry said that challenges are just occupational hazards but he doesn't have a choice than to face it and feel stronger.

"Sometimes, it might not even be a challenge at work. It could be at home, family or anything. But I don't usually have problems in my house because my wife is my friend, my very close friend. Once in a while, when I have disturbance from home, once I get to the set I forget it. It doesn't mean that there are no challenges but I don't like calling them challenges."