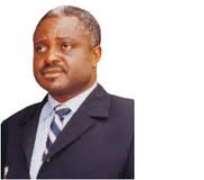 As the quest for the production of graduates with creative and innovative mindset continues to attract the attention of stakeholders in the education sector, an association called Productivity Foundation has decided to join the crusade. This the foundation did when recently it organized the first ever creative seminar/quiz competition tagged: “THE CREATIVE MINDS”. As a pilot scheme, this first event took place at the Federal University of Technology, Owerri FUTO. It is the intention of the organizers to replicate the programme across the state because of the huge success the FUTO event recorded.

The event which held at the Hall of Mercy, FUTO attracted more than eight hundred students and was graced by prominent personalities and dignitaries from all walks of life.

Among the prominent dignitaries that graced the occasion was the Grand Patron of the foundation, Chief Chris Asoluka (Okwuru-Oha), who delivered a mind captivating lecture on the topic entitled “Entrepreneurship in the 21st Century.” He noted that an entrepreneur is a nation builder whose priority is always on risk-driven opportunities. He further buttressed that the position of an entrepreneur in a society is a critical one, because of the role they play in the economic life of the society, adding that a country without purpose-driven entrepreneurs would be over dependent on other countries.

The highly cerebral resource person practically demonstrated to the audience the attitude and mind set of an entrepreneur. This he did by “RISKING” a huge sum of money to anyone who has the mindset and attitude of an entrepreneur. At the end of his motivational lecture on Entrepreneurship, the students and the high table members could not help but appreciate him with a standing ovation.

Contributing, the former Students Union Government's President of FUTO, Comrade Obiukwu Michael, urged the students to be part of national development. “It is no longer an uncommon news that we live in a universe where people seek for what they can do for the society rather than what the society will do for them. The only way we can show creativity and innovation is by being productive; so I urge you all to identify with the transformational agenda of this nation,” he counseled.

The quiz competition which aimed at encouraging the best brains academically featured 300 year-one FUTO students from different departments. The quiz competition lasted for just 20 minutes after which the scripts were collected and marked immediately by the panel of judges at the event.

Presenting the cash prizes, the Grand Patron of the foundation and the financier Hon. Chief Chris Asoluka (Okwuru-Oha), promised the foundation and the entire FUTO students that such quiz competition shall be held annually. He also promised the Nigerian students that he will through the Dean Students Affairs offer scholarship to students to encourage the pursuit of academic excellence. Sixteen students were also rewarded with various consolation prizes for their individual efforts.

In his thank you speech, the president of the Students Union Government FUTO, Comrade Elendu Otis expressed satisfaction with the success of the foundation's seminar. The president stated the readiness of his executives to partner with groups, individuals, corporate bodies and other institutions of learning in enthroning the culture of academic competitions towards the production of highly skilled and competent graduates able to find their feet in the outside world.

Also speaking, the founder of the foundation Comrade Eze Juliet Uchenna expressed her sincere joy and happiness over the success of the event, thanking everyone who in one way or the other contributed to the success of it. Specially, she thanked the Grand Patron, Chief Chris Asoluka for the supportive role he has played to the foundation, and to her parents who she said stood by her during the preparation. She equally thanked her colleagues and indeed, staff, management and students of FUTO for the unquantifiable support and encouragement given her.

The year-one students that participated in the exercise commended the foundation and her executive members for offering them such a unique opportunity to showcase their talents. They further pleaded that the programme should be sustained and made a continuous event.

Indeed, “The Creative Minds” competition was one programme that has come and gone, but its memories would linger for a longtime in the minds of FUTO students. What one could say is responsible for this state of affairs is first, the highly intellectual and well researched paper presented by the resource person, Chief Asoluka and of course, the good preparations of the foundation. Against this back drop, their high hope and expectation that the competition will assume an annual academic exercise.