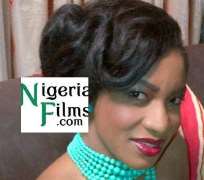 Sultry actress, Chika Ike gave one of her fans a celebrity treatment recently in Enugu.

According to information, an Abia State based undergraduate named Amaka Ifejiagwa became her first Fan of the Month.

Chika, who is full of ideas and initiative, said the initiative was a way of appreciating her teeming fans across the country.

We gathered that the April Fan of the Month winner, Amaka had all expense paid trip from Abia State to Enugu, where she met with Chika. She also had the opportunity of seeing Chika on movie location.

She also got some gift items from Chika's fashion store based in Abuja.

Here is the video of how it went.