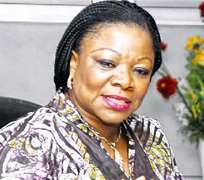 In a statement signed by Marilyn OGAR, its deputy director of public relations, the agency pleaded that the new affront on the media should not deter patriotic reportage of issues that affect the collective interest of Nigerians.

“While the Service sympathies with families of victims and the deceased, we wish to applaud the rare gallantry and patriotism exhibited by well meaning members of the public, who risked their lives to save others. We, therefore, call on all good citizens to rise to the challenge of bringing an end to the menace of terrorism in our dear country,” it said.

Recalling the incidents, the SSS stated that at about 1100 hours, a dark green coloured Isuzu Jeep, wired with bombs, forced its way into the premises of Thisday Newspaper, at Jabi, Abuja, and it detonated, killing the suicide bomber and two persons, and injuring five persons.

“One of the assailants, Umaru Umaru MUSTAPHA, an indigene of Maiduguri, Borno State, alighted from the car with a container of Improvised Explosive Device (IED). He was immediately challenged by two gallant Nigerians, following which he threw the bomb at them and it detonated, killing them instantly. Subsequently, MUSTAPHA pulled out a pistol and fired several shots in the air in an attempt to escape. He was, however, caught and subdued by brave members of the public who refused to be intimidated and handed him over to security forces. Nine persons were injured and are receiving treatment.”

Similarly, the Correspondents Chapel of the Nigeria Union of Journalists, NUJ Abuja, described the attacks as desperate attempts to gag the press and inhibit the freedom of expression.

Condoling with the management of the newspapers over the tragedies, chairman of the Chapel, Mr Tony Icheku declared that such desperate attempts will neither deter journalists nor gag the growing borders of freedom of expression and quest for truth and justice.

“The character of the Nigerian journalist is that of a sturdy and passionate quest for freedom of expression, justice, democracy and truth, and so far no force has triumphed over these noble virtues, and never will,” he observed. “We condole with the families of our colleagues who have lost persons, and pray they rest in peace. We also console the injured, and also the management of Thisday, The Sun and The Moment newspapers.”

Icheku further urged journalists to be vigilant, cautious and courageous in the discharged of their constitutional responsibilities, assuring that “evil will never triumph over good.”

In a related development, the United Niger Delta Energy Development Security Strategy (UNDEDSS) has commended all those who immediately condemned the bomb blasts, describing them as “true Nigerians.”

“We join in stridently calling on every right-thinking human being (including religious, traditional and foreign leaders) to cease trying to euphemise these horrendous acts of pure wickedness, by attempting to put up obnoxiously puerile specious apologia that fail to justify the existence of these mass murderers masquerading under the Islamist brotherhood called Boko Haram,” a statement signed by its executive secretary, Tony Uranta said.

“We hereby demand that the federal government must cease every move towards putative talks with these monsters unless, and until, they abandon this callously inhumane modus operandi that has claimed thousands of innocent Nigerians and foreigners in the last six months alone.”

Mourning those who died in the explosions, it offered to join hands with “every sane effort to bring this brutish era to the earliest close possible.”