NATIONAL HEALTH BILL: A CALL FOR AN IMMEDIATE ASSENT 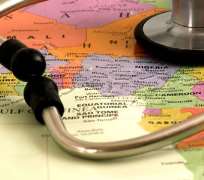 In Year 2000, Nigeria ranked 187th out of 191 countries in the ranking of health systems by the World Health Organisation. Although the Nigerian people needed no ranking to know that the health system was in a marasmic state, the WHO report served as an awakening call to the political class to take actions expeditiously to reverse the deplorable situation. Reports of various technical committees set up by the Federal Ministry of Health culminated in the submission of a HealthCare Reform policy in the form of National Health Bill to the National Assembly in 2004.

It appeared as if the bill made the federal legislators narcoleptic as it took seven years of advocacy and protests before it was finally passed in May 2011.

The provisions of the bill include but not limited to;

•A minimum of two per cent of consolidated fund of the federation for primary health care.

•A guaranteed basic minimum health package for all Nigerians

•Unconditional acceptance and treatment of patients with emergency health conditions

•Confidentiality of medical records
•Ensured quality of healthcare services through the issuance of Certificates of Standard (Public and Private).

Within the seven years the bill stayed in the National Assembly, it was estimated that Nigeria lost 7 million children and 3.8 million mothers. A few months before the passage of the bill, President Goodluck Ebele Jonathan reportedly made commitment to the UN Secretary-General that he would sign the bill as soon as it was passed. While Nigerians were in ecstasy about the passage of the bill despite the delay, one had expected an immediate presidential assent. Unfortunately, that is yet to come almost one year after.

While I must acknowledge that there may have been significant improvements in the Nigerian health care system in terms of infrastructure and human capacity development over the last 12 years, same cannot be said of the health of the Nigerian people. Nigeria has consistently maintained an unenviable position in the bottom quarter in all global development and health indices. Some of these include;

•104th out of 110 countries in Prosperity Index by Legatum Institute, a London-based public policy organization (our health system ranked 106th).

According to the National Bureau of Statistics (NBS), almost three-quarter of Nigerians (72%) lived below poverty line in 2011, an increase from the previous years even as the global poverty level has remained on the decline. Following the subsidy removal policy that led to a 50% increase in pump price of premium motor spirit (PMS) without a concomitant rise in income, more Nigerians are bound to fall below the national poverty line. The lingering insecurity problem in some parts of the country has also grounded the economy of the affected states and brought untold hardship to the people. Experts have predicted that Nigeria may have more poor people than China by 2015 if the current trend continues. Victims of the Boko Haram terrorism are either losing breadwinners/life investments and/or getting permanent disabilities. This suggests that much more Nigerians would not be able to afford quality health care thereby worsening the morbidity and mortality from prevalent preventable and curable diseases.

Below are our tragic and deteriorating health indices:

•Average Life expectancy – 50yrs, among the lowest in the world.

Although some professional bodies reportedly complained about some provisions of the bill; that cannot reasonably explain the delayed assent. No responsible government would be leading a country with the above health indices and delay action in reversing the situation. I humbly call on our dear President Goodluck Jonathan to kindly sign the National Health Bill without further delay. God bless Nigeria.