Loneliness bad for your health 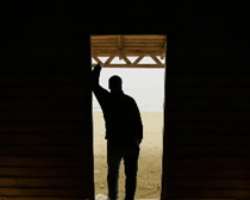 Being lonely can take a toll on one's health, especially in later years. Photograph by : REUTERS/Yannis Behrakis
Listen to article

Not only is loneliness a drag, but it appears it can be downright bad for your health -- especially as you age.

According to findings published in the August issue of Current Directions in Psychological Science, loneliness may accelerate the rate of physical decline that occurs naturally with age.

"Physiological resilience declines with age. It happens with everybody. What we're proposing is that loneliness in effect accelerates the rate of that decline," said Louise Hawkley in a telephone interview. She and John Cacioppo, both psychologists at the University of Chicago, have studied loneliness and aging for about a decade.

Their studies involving two main subject groups -- college-age people and middle-age people ranging in age from 50 to 68 -- have shown that loneliness has a much stronger effect on older people.

"The lonely people in the older group have significantly higher blood pressure than the non-lonely," said Hawkley. "That wasn't true in the younger group, so it speaks to the decline. You don't see it in the young adults, but it's accumulating over time and showing up later in life."

And while lonely people seem to get as much sleep as the non-lonely, the quality of their sleep is not as good. Waking often during the night, they are often still tired when they get up in the morning. With less quality sleep, lonely people report more daytime dysfunction.

So what's the solution? It's not as easy as making a new friend or two.

"Loneliness is not what people typically think it is. It's not being alone. People can be alone and not be lonely. People can be surrounded by other people and yet feel lonely," said Hawkley. "What we're getting at is a sense of discontent with their social relationships."

While getting out and socializing is obviously encouraged, Hawkley says lonely people should be careful when selecting relationship partners, be they friend relationships or more intimate ones. Sometimes over-eagerness means choosing the wrong types of people.

"Get out and volunteer. Help somebody else. Instead of trying to fill your own needs, you might ironically find your needs met by meeting somebody else's."