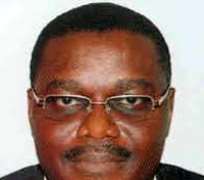 Concerned about the deadly impact of cancer, which is the number one killer of mankind, and the lack of facilities to save the lives of sufferers, especially the underprivileged, some concerned Nigerians have undertaken to establish the first comprehensive cancer prevention, treatment, research and training institute in Nigeria, known as the Port Harcourt Cancer (Comprehensive Care) Centre or PHCC.

Speaking at a recent meeting of about one hundred stakeholders in Port Harcourt, Chief (Mrs) Seinye Lulu-Briggs and her husband, High Chief Dr O. B. Lulu-Briggs, who are the chief promoters of the initiative and also executive directors of the O. B. Lulu-Briggs Foundation, said it is unfortunate that Nigeria has no single comprehensive cancer centre whilst a country like India has over 120 such centres. She further stated that the Port Harcourt Cancer Centre (PHCC) initiative provided an excellent opportunity for all benevolent Nigerians to stand up and be counted in response the global clarion call to fight the cancer menace.

The project is expected to cost a total of N10 billion or about $63 million dollars. The project will be launched on March 31, 2012 in Port Harcourt, while it plans to admit the first set of cancer patients in February 2013.

The technical coordinator of the PHCC project who is also the National Coordinator of the National Cancer Prevention Programme (NCPP) of the mass medical mission (mmm), the Rev Canon Dr Kin J-Egwuonwu, stated that the centre will be developed in five phases with each phase gulping about N2 billion.  He however said the five phases of the centre could be established concurrently given the availability of funds.

The coordinator noted that besides affecting 100,000 Nigerians out of whom 80,000 die annually, the cancer scourge is also the world's most expensive illness, with a global economic toll of about $895 billion in 2008; equivalent to 1.5 percent of global gross domestic product (GDP).  'The Cancer threat is real. Cancer is diagnosed in one out of every four persons alive. Every year, Nigeria loses all cardres of manpower and all categories of statesmen and leaders as a direct result of preventable cancer-related deaths. However, the common masses who cannot afford to travel abroad for treatment are the worse hit,' he said.

According to the Rev. Canon Dr. Kin J-Egwuonwu, the NCPP, a non-profit programme, has already established advocacy/screening/follow-up centres in Lagos and Abuja, and are about to establish another one in Owerri, with plans to do the same in other state capitals. However, this first comprehensive world-class centre is deliberately being cited in Port Harcourt, out of consideration for the fact that the south-south/south-east axis of Nigeria has virtually no facilities for comprehensive cancer care.

J-Egwuonwu re-emphasized that the centre was being cited in Port Harcourt because of the environmental challenges of the region such as gas flaring, oil spillages, and industrial pollution which are risk factors for cancer in the hydrocarbon-based economy of the Niger Delta. These environmental challenges of the region make contact with cancer-causing pollutants a fact of life in the Niger Delta.

The Port Harcourt Cancer Centre is expected to bring succour, in the face of the high cost of treatment overseas, with the attendant drain on Nigeria's foreign reserves. Moreover, those Nigerians who find themselves admitted in cancer hospitals abroad are not only financially drained but also emotionally deprived of the needed psychological support, affection and care while receiving treatment in places far away from their homes, families and loved ones.

As part of activities planned to build up momentum towards the launch of the centre, there will be a series of advocacy-centred activities, on February 4, 2012 to mark the World Cancer Day across the country.

Over 10,000 volunteer advocates from all walks of life have already been registered, while about 5,000 individual and corporate donor partners have been selected to provide financial backing for the initiative. Several venues have been selected for pre-launch advocacy campaigns, whilst the induction of the first batch of volunteers would hold at the main auditorium of the Rivers State University of Technology, Port Harcourt on World Cancer Day, February 4, 2012. There will also be a massive international grassroots campaign on the internet, using the web-based social media.

To facilitate the participation of the general Nigerian public in the campaign, the Nigerian Communications Commission (NCC) under Dr. Eugene Ikemefuna Juwah has formally requested all the major telecommunication companies to create a special common short code so that ordinary Nigerians can make their donations through their mobile telephones. Already this short code (44777) has been adopted by Glo, Airtel, and Starcomms, whilst MTN is working towards implementing the short code. To further facilitate public participation, Interswitch has created a platform for Electronic Transfer of funds through the NCPP's Interswitch code no 777526.