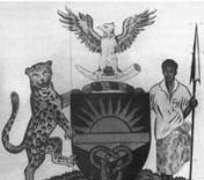 We find it necessary to issue a furtherance of our earlier statement on the Christmas 2011 bombing, maiming and killing of Christian Igbo by Boko Haram, because within a week of that particular crime, Boko Haram followed through on its further threats by targeting and killing forty Igbo people in different parts of Muslim Northern Nigeria, with impunity.

Our position, based on facts, analysis, knowledge and experience, is as follows:

1. All Igbo should leave Northern Nigeria, including Abuja, and return to their own homeland, there to join other Igbo to expend the necessary energy and effort to develop Igboland-Biafraland and make it secure and prosperous.

2. All Igbo should take extremely serious the determination of Muslim North presently wearing the face of Boko Haram, to ethnically cleanse their region of the Igbo, whether by attacking Christians there or by targeting the Igbo directly. Any assumptions or assurances to the contrary are a cruel joke which will continue to be paid for with Igbo flesh and blood and property.

3. It is futile and impracticable for the Igbo to stay put and try to defend themselves—mere tiny islands in a huge hostile ocean—in Northern Nigeria, where Igbo homes, businesses and places of worship are isolated, already marked and easily identifiable. In addition, any attempt by the Igbo to acquire and use weapons even in self-defense will be used as an excuse by the Nigerian government, Nigerian Military and Security officers to join in and complete the slaughter of the Igbo by Boko Haram.

4. The Igbo should not over-estimate the ability of the government of Nigeria to provide security for them in Northern Nigeria. For that matter, the government of Nigeria prefers to treat this ongoing crime against humanity as mere terrorism or religious conflict or even ordinary crime, pretending that it is not ethnic-related, a program of ethnic cleansing and genocide against the Igbo. Therefore, never expect or rely on the Nigerian government to come to the aid and protection of victimized Igbo in Northern Nigerian. The Northern state governments are even worse in this area, because they themselves are all afraid of Boko Haram, when not outrightly cooperating with it. The Igbo in the North are truly on their own.

5. Beware of what we term, global “Condolence Fatigue” and “Condemnation Fatigue”. The world is really tired of sending condolence messages and condemning atrocities visited on the Igbo every day and every week, when in fact the Igbo refuse to do the right thing which they should and must, no matter how difficult or painful it may seem, in order to remove themselves effectively from clear and present danger. Therefore, as long as the Igbo remain in Northern Nigeria, let no one cry, “Where is the Nigerian government to protect us, where is the UN, where is the Vatican, where is the EU, where is the AU, where is the US or where is the world?” They have all already moved on with the business of living. They believe that they have already done their part, done what they can, at least for now. They won't say any more, won't do any more and they won't come. The next move is entirely the Igbo's and only the Igbo's: leave Northern Nigeria.

6. Under no circumstances will we support or condone or acquiesce to the “Retaliation doctrine” being preached or even practiced by some Igbo whereby the Muslim or Northern community living in Igboland-Biafraland is targeted for attack. Victimizing an innocent person who has been residing peacefully in our community in retaliation for the barbarism in Northern Nigeria is an act of cowardice, a crime against our culture and traditions and our Chi, and against Humanity. Channel your anger into rebuilding and securing Igboland-Biafraland and increasing goodwill in our country, Biafra.

In conclusion, today, the Igbo are witnessing 1966 leading to 1967-70 in Nigeria all over again, perhaps a good and necessary lesson and reminder for those Igbo who are reluctant, or have refused, to say, “Never again.” We expect and demand that the Igbo will now close ranks and using the principles and practice of Self Determination, which is supported by the entire world, re-actualize Biafra; else, perish as a nation, unsung and unremembered. It is up to us.