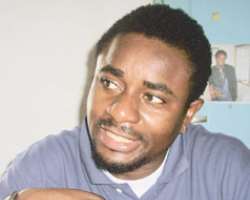 The much expected general election of the Actors Guild of Nigeria (AGN), will hold on Monday next week.

The election, which has been endorsed by all state chairmen and delegates of the guild, will hold in Lagos.

Confirming the development to nollywoodgists.com on phone, the spokesperson of the guild's interim national government, Charles Okafor, said nothing will change the date.

“The priority of this interim leadership headed by Kanayo O. Kanayo is to conduct a credible election that will usher in the new president and executives of AGN, and nothing will change it. The election will definitely hold,” he stated.

He added that with the support of AGN members in the country, all hands have been on deck to conduct a free and fair elections.

When nollywoodgists.com called star actor, Emeka Ike, for his comment on claims by Segun Arinze that he is the president of AGN, he described him as a joker.

According to Emeka, “Segun is not AGN president and he cannot be one. Constitutionally, he is not eligible to be a president because I learnt he is not a degree holder and not even a card carrying member.

“You can ask him to present his certificate the same way I'm ready to present mine any time. What he is doing is just a waste of time because the real election will hold next week.”

When nollywoodgists.com called Segun Arinze on phone for his own comment at about 11.33 a.m., yesterday, he did not pick his calls.

A text message was also sent to him, which he did not reply.