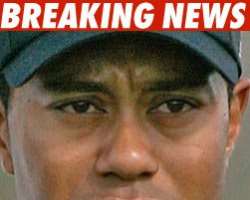 Tiger Woods is in "serious" condition after being involved in a single car crash near his home in Florida early this morning.

The crash occurred at 2:20 AM near his home in Windermere. He was taken to Health Central Hospital with facial lacerations.

Woods struck a fire hydrant and then a tree on a neighbor's property. Police say alcohol was not a factor.

According to ESPN, the police report reads, "driver had just pulled out of the driveway at his residence ... as [vehicle] began to drive on Deacon Circle, [vehicle] struck a fire hydrant. The front of [vehicle] then struck a tree..."

He was driving a 2009 Cadillac SUV. FHP told the Orlando Sentinel the airbags did not deploy.

Woods was by himself at the time, according to WFTV.