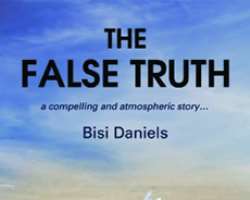 The thriller tradition in Nigerian fiction needs a breakthrough blockbuster. The early thrillers of the like of Cyprian Ekwensi and Adaora Lily Ulasi did not create much of a tradition at a time the earnest novels of Chinua Achebe and the African Writers Series (AWS) held sway. Later practitioners such as Eddie Iroh (48 Guns for the General, The Siren in the Night) and Kole Omotoso (Fella's Choice) did not enjoy the publishing clout to carry through their initiatives. Iroh's novels, published within the ambit of Heinemann's AWS, appeared at a time the Nigerian economy was collapsing and books could not be successfully distributed from Britain because returns from the Nigerian end could no longer be guaranteed. Omotoso's book, published locally, suffered the fate of all locals: unseen. Macmillan London remarkably initiated the landmark Pacesetters Series but the collapse of the Nigerian economy put paid to the bloom.

Fast-paced fiction does the reading culture of all countries of the world a world of good. The trail being blazed by Bisi Daniels as a prolific author of thrillers deserves countrywide attention. The False Truth is indeed 'a compelling and atmospheric story…' that should pave the way to a greater comprehension of the narratives of our lives and times.

A celebrated journalist and columnist, who had stints in The Guardian and ThisDay, Bisi Daniels has published well over 20 books, including seven novels, plays, inspirational books and children's books. The False Truth is inspirited by the Nazi propagandist Joseph Goebbels-like dictum, to wit: 'Any lies repeated often enough can eventually be accepted as truth.' Dedicated in bold capitals to Dr. Mo Ibrahim of the Mo Ibrahim Foundation for promoting good governance in Africa,' The False Truth is a hip and contemporary account of Africa in the cusp of change.

Reviewing a thriller is a very delicate matter because revealing the twist in the tale is akin to removing the stuffing from the matter. It suffices to stress that The False Truth extends the narrative in a manner that the spectacle is only secondary to the idea and craft. To that extent, the essence trumps the accident.

Bisi Daniels' special agent is of course Peter Abel, the irrepressible media advisor to President Robert Suweri of Mubonde. The False Truth is set against the background of the recent upheavals in Africa where despots glued to the thrones of various countries are coming unstuck. High-wire suspense is established from the very beginning as President Suweri addresses his countrymen and women: 'A silence fell on the huge crowd, over 100,000 Mubondians crammed into the Victoria Square - a space designed for 75,000 people. After the frenzy of drumming and dancing, the silence was so heavy that, for a moment, it suggested danger. But Abel knew that the heavy security surrounding President Suweri's team would protect the man.'

Peter Abel - who had only some years before 'left his high-profile job at The Zodiac Newspapers in Lagos to work for President Suweri, as his Senior Media Advisor and speechwriter' -could always sniff danger once it manifested in any precincts. Even as the vast majority of Mubondians feasted on and rejoiced over President Suweri's words there was one dissenting voice, screaming back at the people: 'You deserve what you get! You have bought into their lies! You refuse to see the truth! You are all fools! Suweri's agenda is right before your eyes and you refuse to see it! You will be enslaved - and you deserve it! You are whores for Suweri and you don't even know it! You can quote me. Taye Momson.'

The protesting Taye Momson ends up being beaten up and arrested. Much as he tried, Peter Abel could not save him from sure death in the hands of his captors.

In the Mubonde house of power at Victoria Villa there are more webs than spiders could muster. With his conscience suffering from the killing of Taye Momson, Peter Abel cannot find any soul-remedying poser to the charge: 'You used to be one of us… now you are one of them!'

The cabal surrounding President Suweri, led by the sinister Songa, is at odds with Peter Abel. Some interesting statistics come to the fore in the sweep of the story such as the revelation that 'between 1960 and 1969, 28 of the 37 African leaders who left office had to be forced out.'

In the scheme of the plot of the cabal term limits cannot be respected.  Tenure elongation becomes the rule rather than the exception. Anybody standing in the way must perforce be eliminated. This way, Peter Abel dies! Or, did he? It all comes to a shattering climax at a reception for President Suweri in the United States where his drink gets poisoned and a dead man wakes…

Bisi Daniels has told a spellbinding tale in The False Truth. He deserves many readers in the tradition of Frederick Forsyth, the inimitable author of The Day of the Jackal. A well-packaged reader-friendly book, The False Truth, however, suffers some editing errors in some places such: 'The 73-year-old Mubonde was reticent and extremely calm…' I believe 'Suweri' ought to have been there instead of 'Mubonde' (p.14).

Even so, The False Truth deserves to be celebrated as a breakthrough thriller in Nigerian genre fiction. Bisi Daniels is, indeed, a pathfinder.