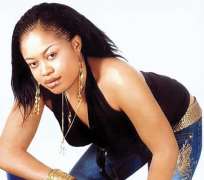 In Nigeria people don't recognize you when you are working,they only remember you when you have probably started reaping the fruits of your labour.

I emerged winner of Face of Hope organized by the governor's daughter,Uloma in 2010 and that automatically drew me close to the Okorochas because I was now working directly with them.

When my oga,Rochas declared his interest to run for governorship elections early this year,I was there and there was no way I wouldn't have been part of it.I had to put in my own contribution to make it a success and I am also an actress who is very popular even though not in Nigeria but in the Eastern part.

During Gov.Rochas' campaign I was really a figurehead,I went with them from village to village,and because I'm a major fan of most of these people,it was paramount that they will identify with whatever I stood for.

A lot of people said I was jobless which was why I was doing all that.I wasn't even getting anything,even my transport in and out of Owerri I was footing myself but I stood with Rochas because in him I saw light.I saw a man who is different from every other man,a man who the day he spoke to me he was almost in tears.

So he believed in me and I should believe in him.He doesn't give money but he teaches you how to make money.He takes you to where you can make money,so why won't I work for him.

People said I was stupid and then it was time for giving appointments and propaganda set in with some saying”why would they give her an appointment,she is not from Imo State?”

CONTROVERSY OVER GOV.ROCHAS OKOROCHA'S APPOINTMENT OF ACTRESS NKIRU SYLVANUS AS HIS SPECIAL ASSISTANT.

Here Is The New Face Of Hope... Nkiru Sylvanus.