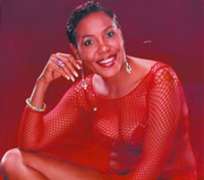 Controversial mulatto Nollywood actress,Shan George is said to have been awarded a whooping 25 million recording deal from Dome Records.

The actress who is said to be excited about the juicy deal which will see the singer releasing two albums in two years for the record label,already has two albums to her credit since her foray into the music industry.