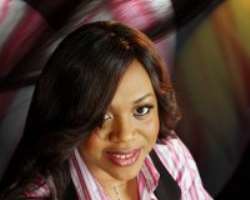 The relationship between two top actresses,Stella Damasus-Nzeribe and Mercy Johnson seems to be getting messier by the day. The two former friends are now at each other's throat over malicious issues.

Sources hinted www.nollywoodgists.com that Stella has been very upset with some news making the rounds in town about her. She pointed accusing fingers in the direction of Mercy for being the sources of some bad reports about her.

The misunderstanding between them seems to have escalated with Stella telling people to warn Mercy to desist from maliciously damaging her reputation this week. Let's pray that things would abate between the two star actresses soon.

Mercy is not the only one in Stella's 'black book' or 'gossip book' as you may decide to call it. Other people have been accused in the past by Stela for leaking some of her information to the press.

Meanwhile,Stella is enjoying her marital life with Emeka Nzeribe, the businessman she married sometime ago. A Lagos based magazine speculated that Stella Damasus is pregnant.According to the magazine, Stella was seen buying some baby stuff at a highbrow shopping arena.