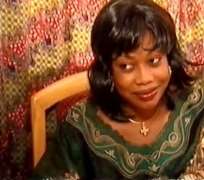 The Yoruba movie actress was alleged to have on 28 October, 2011 at 20, Samuel Street, Akowonjo, Egbeda, a suburb of Lagos, Southwest Nigeria, conspired to commit felony by wounding Reverend Dennah.
One of the charges reads:

“That you, Bimbo Akinsanya and others now at large on 28 October, 2011 at about 2030hrs at No. 20, Samuel Street, Akowonjo, Egbeda, Lagos, in the Lagos magisterial district, did point Rev. Pat Ogechi Dennah to a boy yet to be identified, to kill her and the said boy shot her with a gun and wounded her on her left shoulder and thereby committed an offence punishable under section 338 of the criminal code cap C17 Vol. 11 laws of Lagos State of Nigeria 2003.”

At the court yesterday 30th November,2011, the prosecutor told the court that the victim was still receiving treatment from the wounds he sustained from the gunshot.

He prayed for a short adjournment to enable the victim recover from her wounds.

The matter was subsequently adjourned to 21 December, 2011 for mention.Bimbo pleaded not guilty to the charges.She was granted bail by the presiding magistrate, Mr A.O. Isaac in the sum of N100,000 with two sureties who must be residing in Lagos.