WE ARE KILLING THE GHANA MOVIE INDUSTRY- GHANAIANS SHOULD BE BLAMED 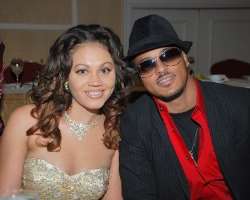 The story is the series of events or happenings which the scriptwriter or story-teller tells the audience about. Without the story, there's no movie. The audience will spend time and pay any amount for a good movie. Unfortunately, most of the stories told in Ghanaian movies are so insipid and prosaic that they are not worth sitting down to watch. The storylines are not intriguing, the themes are the same and overly repeated and plotting is very weak. The stories told by our scriptwriters does not mirror our society, it doesn't correct societal ills and therefore defeats orientation to change. The scriptwriters don't do research into technical areas-medicine, law, engineering, etc of writing and therefore ends up creating funny and untrue scenes. At the end of the day, they indict themselves. To further portray how lazy they are, they resort to plagiarizing Hollywood and Bollywood movies and retell them with weak plotting when Ghana is fraught with myriad number of untold stories. Ghanaian scriptwriters, you're killing the Ghana movie industry!

The Director uses characters to interpret text-the script. Professionally we say: the scriptwriter tells the story but the Director shows the story. The Director visualizes the script told by the scriptwriter. In the first place, our stories are naff and most of our Directors too are not creative so garbage in garbage out. The Directors don't diamond polish the stories before they are shot. They don't do intensive pre-production meetings. The Directors don't cast the right actors/actress for roles and don't understand character development so they over utilize same faces on screens for most movies and in no time make the actors/actress image hackneyed on screens. The male Directors who're daring a bit to cast new characters for movies also crave to sleep with the female ones before giving them roles. Our Directors don't train or further their course in screen directing and therefore lack creativity, precision and skills. Just like our scriptwriters, our Directors too don't do research into technical areas-medicine, law, engineering, etc of writing and therefore ends up indicting themselves and directing as a profession. Ghanaian Directors, you're killing the Ghana movie industry!

Our actors/actress are also “b??lo gbei” to the extent that they welcome any script at all and play roles that are not challenging. They live same characters in every movie and yet call themselves movie stars. They feature in weak storyline productions that the ordinary person on the street even cringes at. Just like the scriptwriters and Directors, Ghanaian actors/actress don't do research into technical areas-medicine, law, engineering, etc of writing and therefore ends up indicting themselves.

They refuse to further their education and training on screen acting yet they are busy running to Hollywood. What are you going to do there? You have not finished growing your own movie industry but you're hastily going to add your contribution to the growth of another movie industry. Even basic terminologies in acting most of them don't know yet they always brag about how they do research about their roles and characters before shooting. Once I asked an actor how long his character worksheet was and this famous actor was all over the place.

He didn't know what character worksheet is meanwhile he's been reading character worksheets ever since he started acting but he doesn't know. Each time Ghanaian actors/actress are seen in foreign movies, the best of their acting skills are seen and felt. These same actors and actress are seen in Ghanaian movies and they portray flat and loose emotion laden skills. It's obvious they put all their hearts into acting when it comes to foreign movies than Ghanaian movies. Ghanaian actors/actress, you're killing the Ghana movie industry!

Most of the producers are cheats! They pay scanty fees to actors/actress. They don't care about the welfare of the production crew-light man, soundman, make-up artist, personal assistants, etc. Producers lure actors/actress into shooting and after shooting, claim to their balance fees becomes a tag of war. Most producers don't pay SSNIT for their production crew talk less of providing insurance policy coverage for them. On set production crews are not respected, food to eat is absent and yet they have to work tirelessly at the peril of their lives at dawn, in the scorching sun, at late nights, in cemeteries, thick forests and sometimes at stinking locations all in service for peanuts.

When it comes to movie premiers, the production crew who worked diligently on set to produce the movies are not given tickets for premiers. At least one good turn deserves another. They buy tickets for premiers just like the ordinary movie-goer. No preferential treatment. Ghanaian producers and investors, you're killing the Ghana movie industry!

Broadcasters, art writers and presenters who many a time are privy to watching some movies before they are premiered and know sincerely in their hearts the movies are mediocre are the same people to hype with sardine-tongues and luring articles respectively. Movie-goers go for premiers and feel cheated and disenchanted. The effect is that, next time, the eye-opened movie-goer drags feet from attending premiers and the movie-maker suffers. Because of the “nokofio”, the mass media have sold their dignity and credibility into the mud when it comes to reviewing movies after premiers. Ghanaian mass media, you're killing the Ghana movie industry!

After hustling from one location to the other with hard earned capital to produce movies, some unscrupulous and lazy people called pirates also hide in obscured places, duplicates the movies, sell and make cool-chop monies into their pockets at the expense of the real movie-maker. With their quick systems, they even sell more copies than the actual owners or producers of movies.

Most movie-makers have wind up because of pirates. Existing movie-makers cry foul everyday because pirates are eating freely out of their investment while they only make looses or break-even. The pirates could be foreigners staying in Ghana and sabotaging our movie-makers but the point is who do they collaborate with......? The Ghana man! So why would new investors invest in movies for our movie industry to grow? Ghanaian pirates, you're killing the Ghana movie industry!

The audience are also contributors to the killing of the Ghana movie industry. Ghanaians have strong proclivity for foreign movies at the expense of our own Ghanaian movies. Ghanaian movie fans love to watch foreign storylines than watch true Ghanaian stories. Ghanaians despise our own movies that depict who we are, our culture, costume, locale and values.

The same storyline and theme if seen in foreign movies are accepted by Ghanaians but if seen in Ghanaian movies, they bastardize it. Ghanaians see nothing wrong and enjoys watching witchcraft in Harry Porter but if Socrates Sarfo portrays witchcraft in “Kyeiwa”, he's tagged as an unprofessional movie-maker. Ghanaians will patronize Prison break or Heroes season one to infinity. If Socrates Sarfo produces movies with part 1, 2, 3......he will be called an unprofessional movie-maker, simply because” Kwasi Broni” has changed the label-name from part to seasons, reloaded, chapters, etc. This is what I call common-sense-illusion. Ghanaians will patronize erotic-scenes movies like “I Like To Play Games” and “Original Sin” but if they watch Socrates Sarfo's “Hot Fork”, they hypocritically clamour as if hell just descended unto the earth.

My point is, if we want to protect morality, then let's all do so rather than patronize sexuality oriented foreign movies and grow their movie industry while ours stunt. The Ghanaian, especially the educated and elite class prefer to watch Hollywood movies just to prove that he/she is educated or civilized. The audience prefer describing Twi-oriented movies local movies just to describe them as sub-standard forgetting that every movie produced in a particular confinement-community, region, country, continent, etc is a local movie. So Hollywood movies are local movies to Americans. Another common-sense-illusion. Ghanaian movie audience, you're killing the Ghana movie industry!

Others could be anybody at all. Government who don't support the movie industry with funds and protective laws, parents who don't motivate their wards to enter into acting or scold their daughters and sons for immoral acting, pastors who don't come out to chastise movie producers for producing morally corruptive movies, Movie CD sellers who rent out CD'S instead of selling them, the average movie fun who loves to rent instead of buy the CD and the list goes on unabated. We're all killing the Ghana movie industry!

From the above, you will agree with me that we as Ghanaians by our actions and inactions are killing our own movie industry. We're all to blame for the one step forward and two step backward growth of our movie industry. If all of us-scriptwriters, Directors, producers, actors/actress, media and the audience will all get cracking and do the RIGHT THING, the Ghana movie industry will soar like an eagle and gain international recognition. Until then........MOTWUM!!

Every Ghanaian living in Ghana is to blame for killing the Ghana movie industry.