MUSICIAN NAETO C IN A PUBLIC SHOW OF SHAME 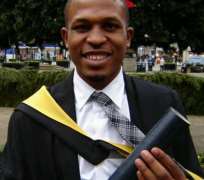 Energetic and talented entertainer,Naeto Chukwu Chikwe popularly known as Naeto C, is said to have been one of the principal characters in a public show of shame in Benin City,Edo State.

Information at our disposal has it that the gangling son of former Aviation Minister,Dr. Kema Chikwe,was among the top artistes billed for the Love Concert 3 at Wesley Hotel,Benin City on Saturday,November 5,2011.

After being lodged in his hotel room,he was later called upon for his performance but he requested that the organizers of the show,Ehiglad Entertainment pay his return ticket first.They promised to pay him immediately after his performance.They argued that at least they have paid his artiste fee which was N500,000.But Naeto C declined saying he has paid for the flight already but needed the refund.Thus,the show went on without his performance.

Consequently,the organizers demanded for a refund of the N500,000 they paid him and insisted they won't let him go until he refunded it.We learnt he placed a call to his mother,former Aviation Minister,Mrs. Kema Chikwe,who informed the police and SSG.They came to his rescue and effected his release.

However,Naeto C was alleged to have told the security operatives that his $6,000 and a Bold 5 Blackberry phone was stolen.
Consequently,the organizers were arrested but released on bail on Monday,November 7,2011.