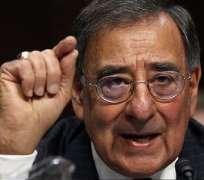 Defense Secretary Leon Panetta rejected accusations at a heated Senate hearing on Tuesday that U.S. politics helped drive the decision to completely withdraw from Iraq this year without leaving any troops behind as trainers.

The October 21 drawdown announcement by President Barack Obama followed failed negotiations with Baghdad to secure an immunity deal that the Pentagon made a precondition for keeping any U.S. military trainers in the country.

But prominent Republicans on the Senate Armed Services Committee questioned whether U.S. politics also played a role, with Obama - an early opponent of the Iraq war who campaigned on a promise to end it - facing a re-election battle in 2012.

In a particularly heated exchange, Senator John McCain flatly told Panetta he did not believe his version of events. He suggested that the Obama administration failed to provide Iraq the facts and figures it needed to make a decision.

"The truth is that this administration was committed to the complete withdrawal of U.S. troops from Iraq. And they made it happen," said McCain, who lost the 2008 election to Obama.

Panetta responded forcefully: "Senator McCain, that's just simply not true. I guess you can believe that ... but that's not true."

General Martin Dempsey, who as chairman of the Joint Chiefs of Staff is the top U.S. military officer, said he and others at the highest level of the Pentagon had been encouraged by Panetta and Panetta's predecessor, Robert Gates, to lobby Iraqi military leaders to accept some sort of training mission.

"We were all asked to engage our counterparts, encourage them to accept some small permanent footprint," Dempsey said.

TIDE OF WAR "RECEDING"
The Iraq withdrawal announcement followed a June decision by Obama to bring a third of American troops home from Afghanistan by the end of next summer - a faster pace than the U.S. military had recommended. During both announcements, Obama assured Americans that, after a decade of constant conflict, the tide of war was receding.

The two decisions have fueled criticism by Republicans that Obama is ignoring battleground realities in order to bring the two costly, bloody wars to a conclusion.

"I think it's no accident that the troops are coming home (from Afghanistan) two months before his (2012) election," said Senator Lindsey Graham.

"And if you believe that to be true, as I do, I don't think it's an accident that we got to zero (in Iraq)."

Asked by Graham whether questions about fallout from Obama's Democratic base ever came up in discussions on Iraq, Panetta replied: "Not in any discussions that I participated (in)."

Graham and other lawmakers raised concerns about the fate of 3,000 Iranian refugees at Camp Ashraf in Iraq once U.S. forces withdrew. The camp is a base of the People's Mujahideen Organization, a group that opposes the Tehran government and launched attacks into Iran before the U.S. invasion of Iraq in 2003.

Baghdad has been seeking to close the camp and rights groups say the residents have been harassed and denied access to basic medicine by the Baghdad government.

Dempsey said U.S. diplomats were working to ensure Iraqis provided protection for the refugees. Lawmakers warned that if Baghdad violated its commitment to protect them it would lead to strained relations with Congress.

Dempsey said he saw a moderate risk of an Arab-Kurdish conflict over the oil reserves around Kirkuk. He also cited the important role U.S. surveillance and transport aircraft played in counter-terrorism missions.

Still, he and Panetta expressed optimism over Iraq's ability to grapple with its own challenges and the ability to deal with Iranian. Panetta said he believed Maliki saw Iran as "having a destabilizing influence in that part of the world."

"My view is that the region largely rejects Iran and its intentions. And I think Iraq is at the top of that list," Panetta said.