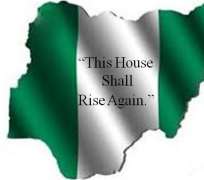 Nigeria is a great country with great people. A country endowed with natural resources and blessed with educated men and women. A country whose technocrats and experts in various fields are respected and sought after in the developed world like the way the US would instigate and sponsor a war in a country for their own selfish interest as long as that country has got oil. Why is it then that Nigeria has continuously in disappointment ranked amongst the poorest countries in the world? Why is it that the likes of Philip Emeagwali a computer wizard and Co. cannot stay in Nigerian (Africa) and help their countries to grow? In trying to find an answer to this I came to the reality that the problem of Nigeria has become highly complex and complicated that it is difficult and will not be correct to point at one department as the problem of Nigeria right now because of years of failed system and bad leadership. However, statistics and events have narrowed it to a few major areas that we must get corrected first while some other areas will follow simultaneously and subsequently. Areas like bad leadership, corruption, ethnic discrimination, religious intolerance, nepotism, unpatriotic behavior and above all lack of functional laws must be urgently addressed.

Since the independence of Nigeria from the colonial masters I can sincerely and unequivocally say that President Goodluck Jonathan is the first real practicing civilian president Nigeria has ever had objectively speaking. I will not be beclouded by the comatose or snail development in Nigeria and the state of insecurity in some Nigerian states now as a result of a few miscreants not to note that it is under this present government that I have not seen much political motivated killings or arrests in the annals of the Nigerian history after the British protectorate. However, the dictatorial and tyrant style arrest of the “The Nation” newspaper editors for publishing a letter they said that had been written by the ex-president Olusegun Obasanjo to President Goodluck Jonathan was a shame that must be condemned by every patriotic and progressive Nigerian. That commando like arrest was a national embarrassment, a disgrace and a big stain for the present administration because it could have been done in a more civilized method. And I still doubt if President Goodluck Jonathan gave his consent to that arrest considering his records till now, but only time will tell.

However, Nigerians are not used to have presidents that follow due process in handling disputes or civil disobedience like President Goodluck Jonathan, rather presidents that give orders to shoot at sight at any little civil disobedience. Consequently, for those people with this mentality of kill and destroy approach of military, President Goodluck Jonathan is seen as a weak man that is not fit and capable to lead Nigeria.

I am not trying to hold brief for Mr. President but we should know that to correct or confront any societal problem in a way that is legal in the eyes of the law takes time not only in Nigeria but anywhere in the world. Consequently, let us give our president the maximum support in contributing his quota of piloting Nigeria out of this shameful state and international disgrace and be reasonably patient with him. I am not against those criticizing the president after all I am a critic myself but let our criticisms be positive because constructive criticisms are very healthy and important in every society. In the words of Mahatma Gandhi “Even differences prove helpful, where there are tolerance, charity and truth.”

On this note Mr. President Sir, I would want to inform you that my vote in the last general election was part of the vote that brought you in as the president and commander in Chief of the armed forces of the Federal Republic of Nigeria. My vote Sir, may perhaps be the most expensive vote of all time records in Nigeria because I flew to Nigeria on the last day of the registration to Lagos from Vienna, Austria and went straight to the local airport and flew to my state en-route to my village just to get myself registered without any attachment like monetary reward or political appointment but just to prove my point to others about the way to have a change I have been preaching. I left the village to Port Harcourt immediately after the registration and having seen my mother, took the local flight to Lagos and the next day I was back in Vienna, Austria. The voting period proper was equally not different. In view of this Sir, I would like to appeal to you and our supposed to be honorable members of the National Assembly and House of Reps to please take Nigerians in diaspora in cognizance and make it possible that we can vote in the next general elections in 2015.

Having said this Sir, it will be very important to say that your statement about the untouchables in Nigeria which you branded “Goliaths” was too shocking and frightening. According to you Sir, there are Goliaths everywhere in Nigeria, very terrible Goliaths trying to frustrate your government, Goliaths that can even kill their father and mother and even their children in order to stop your government. You added that every Goliath has an exposed forehead and that God will expose their foreheads to your stone like that of David. While I say big Amen to that I must confess that I am scared to the marrow.

Sir, if they are Goliaths that means they are visible and if they are visible and a hitch to the success of your government and a hindrance to the development of Nigeria, cannot they be arrested, prosecuted and jailed or brought to justice following due process of law? Sir, if you can dismantle these monsters Nigerians will forever be grateful and people like me will continue to hail you even decades after you must have gone just the same way I will continue to hail Olusegun Obasanjo on his decentralization of the Nigerian military. If Obasanjo had not decentralized the military, Mr. President Sir, you would have been toppled by a military coup immediately the demise of Musa Yaradua even before you would have known that he was dead.

Mr. President Sir, deal with these Goliaths for the growth of Nigeria otherwise they will mercilessly deal with you. Mr. President Sir, deal with these terrible Goliaths or else we will count you as one of those ex-Nigerian rulers that did not make any significant change. While you deal with them, just be careful and do not forget that as you are praying for their open foreheads to throw your stones like David in the bible, be smart because they are not only praying for your own exposed forehead but also looking for your eyes and legs for destruction. Mr. President Sir, do not be deterred by the distractions of your political enemies because uneasy is the one that wears the crown. We will continue to pray for you but remember, Nigerians will not accept any excuse for failure because you have all what it takes to succeed and also know that our patience is now in question because of the insecurity in the country. Watch your aids and ministers and if you have any iota of doubt where their loyalty lies please fire them immediately so that our hope may be restored.

As the Chief Commander of all armed forces of the Federal Republic of Nigeria you are bigger than these Goliaths and as such the leader of all giants in Nigeria. But if you continue to sound like one without authority, figuratively speaking it would mean that we the ordinary citizens are conquered animals that are nothing but walking corpses at the mercy of the so-called Goliaths.

These terrible monsters in the name of Goliaths are the virus destroying the Nigerian immune system for too long and Nigerians will be very happy to know them. Please name them Sir, and their 'modus operandi' and your legacy will be eternity. Mr. President Sir, if you could use all the willpower you could muster to get these monsters you called Goliaths to submission, you must have established the most fundamental ingredient needed for development to flourish in Nigeria. If this can be achieved Nigeria Will Rise Again.

Watch out for part 2