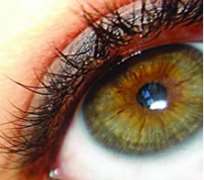 Pfizer, as part of its commitment to healthcare especially in the area of sight , donated a Zithromax through the company's International Trachoma Initiative (ITI) to the Honourable Minister of Health and free glaucoma screenings in Abuja, Ilorin, Kano, Osun, Akwa-Ibom and Delta States.

In a statement released by the company, the Country Manager, Dr. Enrico Liggeri, stated that Pfizer had made a commitment to help reduce the burden of the two major causes of preventable blindness in Nigeria: trachoma and glaucoma. He said, 'Pfizer is doing this through several donations of drugs used in minimizing incidents of blinding trachoma, the world's leading cause of blindness and through free screenings that will help the early detection of glaucoma.

Medical Director, Pfizer Specialties Limited, Dr. Kodjo Soroh, in the same statement, stressed the need for people to have eye examinations done regularly to prevent blindness. He said, 'Glaucoma is the second leading cause of preventable blindness worldwide, not because of lack of effective methods for diagnosis and treatment, but due to limited public awareness of the disease and its implications. It also does not help that the disease is asymptomatic in its early stages that is why it is called the silent thief of sight'.

'The gift of sight is too valuable to take for granted and the key to preventing the progression to vision loss is early detection,' Associate Director, Public Affairs & Communication, Mrs. Margaret Olele, said in the press statement. 'We cannot separate eye health from economic development', she further enthused.