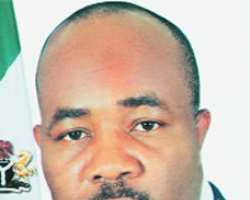 For politicians in Akwa Ibom State, the 2015 gubernatorial election may be over three years away but the concern of who will take over from Governor Godswill Akpabio has attracted some interest in recent political discourses.

Shortly after the election, there have been intrigues, permutations and political manoeuvring on whom the next Governor would be or where he would come from. Because of her strength, deep entrenchment and the potential in winning election in the state, the focus seems to be on the ruling People's Democratic Party (PDP).

This is not unexpected. Since Chief Akpabio became the Governor in 2007, he has upped the ante and raised the profile of the state. The agitation for power shift has been more intense in Eket Senatorial district where the agitators argue that since the creation of the state, no indigene of the zone has held the top job. But there doesn't seem to be a consensus within the zone on where the power should be shifted to.

The last few weeks have the proliferation of nondescript groups agitating for 'zoning' or 'power shift.' While some have clearly articulated why the next Governor of Akwa Ibom State should emerge from their Senatorial district, others have behaved not better than the dreaded Boko Haram sect by threatening fire and brimstone and conjuring up crises scenarios on the scale of the wars in Libya, Liberia, Rwanda and Kosovo if Governor Akpabio does not 'shift' power to their zone. But they should be told that in a democracy, political power is not acquired through campaign of calumny, threat and blackmail rather, through negotiations, horse trading and compromises.

Indeed, instead of reinforcing their case, their current propaganda that hell will let loose if power does not shift to their zone has alienated a large section of the state. The election of Governor Akpabio should be a great lesson to these anarchists that rather than remain in their cocoon and expect Akwa Ibom people to 'shift' power to them, building bridges of unity would have been a better approach.

In any case, in politics, nothing is cast in stone. As observed by a political analyst, the idea of zoning as a deliberate policy of the party is predicated on the need for equitable representation and rotation of party and elective offices.  It should be clearly stated that it is the right of any group to agitate and work towards gaining political power. But the point should not be missed that power shift as a political concept should not be seen as going against the constitution of the Federal Republic of Nigeria which guarantees every qualified Nigerian the right to aspire to any office in the land after all, in the end through the primaries and the main election, it is the choice of the people that would prevail.

This is what democracy is all about. It is instructive that in Akwa Ibom State, there has never been a clear policy on zoning as the governorship election has always been free for all. For instance, it is on record that the former Governor, Obong Victor Attah from Uyo Senatorial district, had at various times contested against Dr Ime Umanah of Ikot Ekpene Senatorial zone.

It is also a known fact that the present Governor, Chief Akpabio in the People's Democratic Party (PDP) gubernatorial primaries of 2006, contested against 57 aspirants spread across the three Senatorial zones in the state, including his present deputy, Obong Nsima Ekere from Eket Senatorial district. The ultimate objective of a political party is not just to present candidates for elections, zoning or no zoning, but to present candidates with the best potential for winning an election.

The consensus in the emerging Akwa Ibom State is for the political space to be opened up for the best man or woman for the top job who will pursue the development of the state with an unrivalled passion to emerge.