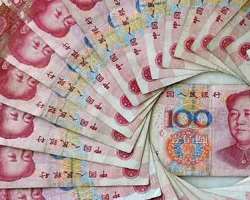 China's trade surplus narrowed for a second straight month in September to $14.5 billion, with both imports and exports lower than expected, reflecting global economic weakness and domestic cooling that will deepen policy quandaries facing Beijing.

The trade data issued on Thursday laid bare trends at the heart of Beijing's debate about how to handle U.S. pressure for a higher yuan while seeking to protect both export-driven jobs and tame inflationary pressures.

Moments after the data was released, a deputy chief of China's customs agency staked out one position in that debate, saying a higher yuan is already hurting exports.

"The rise in the renminbi exchange rate may limit the room for export growth," Lu Peijun, the deputy head of the Chinese customs administration, said at a news conference about the data. The renminbi is another name for the yuan.

Many traders are already wagering Beijing will tighten its leash on the yuan, which fell against the dollar on Thursday after the central bank set a sharply weaker mid-point for daily trading. Forwards markets are pricing in depreciation of the currency in the year ahead.

But other influential Chinese voices, including an official newspaper on Thursday, say Beijing may be preparing for a widening of the yuan's daily trading band to help fend off speculators and inflation.

September's trade surplus was smaller than August's $17.8 billion and less than half of the $31.5 billion recorded in July. The annual pace of exports to the troubled European Union more than halved from August.

"It is now certain that external demand is falling. Chinese export growth will continue to slow in the rest of the year," said Shi Lei, an analyst for Pingan Securities in Beijing, who said the figures were unlikely to prompt swift policy shifts.

"As falling external demand is expected by Chinese policymakers, any broad-based loosening of the monetary policy is unlikely in the short term until we see a clear fall in inflation," said Shi. "The window for possible policy easing is around November and December."

Both imports and exports were weaker than forecast by economists in a Reuters poll and several analysts said no rebound is in sight.

Exports rose 17.1 percent last month from a year ago, slowing from a 24.5 percent gain in August, and imports rose 20.9 percent, compared with August's 30.2 percent increase.

Still, the value of China's imports and exports are near record highs.

"The trade surplus is narrowing on a trend basis. I think this shows that the Chinese economy is (in the midst) of rebalancing," Jian Chang, an economist for Barclays in Hong Kong.

"Going forward, the effect of weakening external demand will slow export growth to mid- to lower teens. We expect import growth to hold up better."

SHRINKING SURPLUS
China's economic growth -- which has averaged around 10 percent for a decade -- has slowed this year as the global recovery from the credit crisis stumbled. Second-quarter growth of 9.5 percent was the weakest since late 2009.

Reflecting some concern about the slowdown, China on Wednesday unveiled measures to support cash-starved small businesses, which account for 75 percent of employment.

Still, if the world did slip into another full-blown economic crisis, China had the means to support its economy, said Anoop Singh, head of the IMF's Asia and Pacific department.

"I would say China has the scope to respond were these downside risks to materialize. What's important to notice is that even China's response would offset a part of the shock. It could not offset entire shock," Singh told a news conference.

Compared to August, annual growth in China's electronics exports slowed by a third to around 13 percent, while that for high-tech shipments more than halved to 6.3 percent.

For iron ore imports, annual growth more than halved to 15 percent compared to August, although the volume of shipments was at an eight-month high.

China could point to its reduced trade surplus as evidence that it is moving to deal with economic imbalances that have riled lawmakers in the United States, who point to U.S. trade deficit as evidence that the yuan is drastically under-valued.

The U.S. Senate approved a controversial bill on Tuesday aimed at forcing Beijing to push the yuan higher against the dollar, which supporters argue would reduce a U.S. trade deficit with China of more than $250 billion.

"The shrinking trade surplus and easing imported inflation may reduce some pressure for Beijing to quicken the pace of yuan appreciation," said Du Zhengzheng, an analyst at China Development Bank Securities in Beijing.

"With exports growing at a slower-than-expected pace, I think Beijing could slow the pace of nudging up the yuan in the coming months for fear of hitting its exports too much, especially when the external demand is weakening.

"But the main direction for Beijing's yuan regime reform would not be changed, which is to widen the trading band and guide two-way movements."

In month-on-month terms, China's exports rose in September after calendar adjustment by 1.6 percent, versus a decline of 3.3 percent in August and a rise of 5.4 percent in July.

China's overall balance of trade with the United States, however, remained unchanged in September from August; in both months China recorded a $20.0 billion surplus.

China's trade surplus with the European Union was $12.9 billion in September, down from $14.8 billion in August.

Although the fate of the U.S. currency bill is uncertain, it has drawn sharp rebukes from Beijing. The central bank argued that a stronger yuan would not on its own reduce the bilateral trade imbalance nor save American jobs.

"We should say that the narrowing trade surplus will reduce the risks for a possible world trade war, although the passage of the currency bill in Washington may actually blur the outlook for China's exports," said Zhang Zhiwei, an economist with Nomura Securities in Hong Kong.