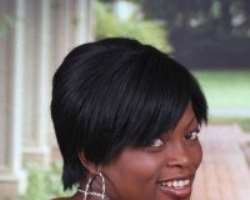 Funke Akindele a.k.a. Jenifa's hidden secret about the man in her life has come to the open as www.nollywoodgists.com gathered that, the versatile actress, is deep in love with one of the top aides of a certain commissioner in Ogun State under the leadership of Otumba Gbenga Daniel.

The top actress who is now one of the ambassadors of Glo, we learnt, has just acquired a Honda car for the guy since he doesn't have one yet. The young dude, Bode as he's fondly called is the man that has swept off the actress. If you see 'Jenifa' in Ogun State with a dude, know for sure that it's Bode or one of his brothers as we were told that Funke has found permanent joy in the family.