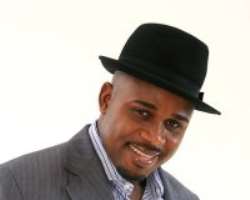 FEELERS reaching http://nollywoodgists.com has revealed a near heat wrenching tension in the camp of the Association of Movie Producers (AMP) in Nollywood as foremost action film director/producer, has decided to run for the position of the president of the guild.

It is no longer news that incumbent president, Paul Obazele has been in the bad books of his member executives who had at several occasions called for his impeachment, but decided to sheet their swords and waited patiently for his term to run out.

Citytracker investigation show that a recent meeting Mr. Obazele had with his executives in which he passionately begged that the team unite to return itself back to office during the upcoming elections met a brick wall in his Secretary-General, Alex Enyengho, who blatantly told him he (Alex) was interested in running for the position of president of the guild.

This move by Mr. Enyengho was said to have deflected Mr. Obazele's dream of a landslide and another four year term.

It is believed that almost every member of the out-going executive and by extension; members of the guild are rooting for Mr. Benson, whose recent entrant has been the biggest opposition to Mr. Obazele's come-back ambition.