We Are Not Fighting Tribal War —Ayedun 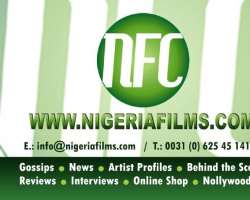 Alhaji Saheed Ishola Ayedun, the chairman, Yoruba Video Film Producers and Marketers Association of Nigeria (YOVIFPMAN) spoke with P.M.Entertainment about his association's war against DVD pirates and other issues

Q: What is happening in the Yoruba film industry right now?

A: Presently, we are waging war against some group of people pirating the works of my members. They are dubbing our jobs into Digital Video Compact Disc (DVD) and these people are killing us. This is how they killed the English film industry.

Q: Have you done your research to know these people?

A: We have done some research but for now, I want to keep it secret. Though we know some of them, we are still doing more investigations on it.

Q: How many copies of your films have they pirated so far?

A: Many, because our members release 25 copies in two weeks and you can imagine, in the past, an average marketer released up to 15,000 copies of film during a release day, but with the activities of the pirates, it has dropped to between 10,000 to 5,000 copies.

Q: How much does it cost to produce an average film like the outright sale, buying of jackets and so on?

A: It depends on the agreement between the producer and the marketer.

Q: How much is outright sale and jacket?

Q: If we have to calculate return on investment, do you normally recoup your money?

A: Unlike before, we don't make any profit, the problem is multifaceted. There is economic melt-down, people don't have enough money to buy films. There is electricity problem and to add salt upon injury, we have people who are dubbing our jobs in DVD. As you can see, the Yoruba film industry is dying virtually on daily basis.

Q: How many copies do they put on a DVD?

A: They at times dub five minutes each of our movie and sell. This is creating problems because our films are full and the picture quality of the DVD is nothing to write home about.

Q: Are you sure your members are not giving them the right to dub these films?

A: We are still doing our research, and in sha Allah, we will get those behind the piracy.

Q: What are the processes involved in the release of an average film?

A: As you know, we always advertise our films in the radio, television, through posters and other means. The process of releasing a film is very cumbersome, you pay the advertisers, the film producers. We pay the printers, we pay some amount to the Nigeria Copyright Council and the Censors Board.

Q: How much do you pay to the Censors Board and the NCC?

A: For a movie you pay N20,200 to Censors Board and we pay N6,000 to the NCC. The Censors Board gives it classification and later a release certificate.

Q: Have you reported this case to the Censors Board and NCC?

A: We have written to all government agencies but we are yet to receive any response from them. Soon, we shall send them a reminder on this issue. In fact, we learnt that the pirated DVDs were exhibited at a convention in Abuja.

A: We learnt it was a distribution convention held by Bob TV in Abuja a few months ago.

Q: Have you written to the organisers?

A: Yes! We have, but we are yet to receive a reply.

Q: There was an allegation that the pirates operate from the Alaba International Market. How far is this true?

A: Well, Alaba is a very large market and everybody is doing his or her business. As I told you, we have set our machinery in motion. When we get to the bridge, we shall cross it. Even if they are in Alaba, we shall get them because the Inspector-General is aware and the commissioners of police in the South West are aware too.

We are waiting for them to send signals to the DPOs under them to help in the battle.

Q: We learnt that a marketer was attacked by pirates, who is he and what is his condition right now?

A: He is one of our zonal chairmen based in Ondo State. He is called Mr. Deji popularly known as Deji Mania. He was in company of some policemen to some suspected pirates when he was attacked. The case is in court and the culprits have been remanded in the prison custody.

Q: The issue of pirate is so dangerous and severe, especially the economic aspect of it, yet the penalty in terms of law is mild. What do you feel about this?

A: Thank you for the question. In our association, we are working round the clock to see the committee on information and communication to give them a proposal for the amendment of the law.

Q: Have you complained to the chairman, Alaba Marketers Association?

A: As I told you earlier, Alaba is a large marketer but we have written to the chairman in charge of video marketing and he has promised to assist because if we accuse people wrongly or just go into the market to arrest indiscriminately, there may be problem and since we don't want a tribal war, we have to take things easy. We are just out to protect our interest.

Q: Your members claim that after releasing a film on Monday, it is on DVD by Tuesday, don't you suspect any leakage from any quarters?

A: With the feelers we got, we heard that the 'devil' at times remove some of our promo stickers from walls or vehicles and design their own jacket. They at times buy from us and dub immediately. Do you know that there are some machines that can dub about 50,000 copies of DVD within a twinkle of an eye.

Q: How much do you think your members might have lost to the pirates?

A: You know this thing started since last year and by my estimate, my members would have lost over N50 million.

Q: Apart from the pirated DVDs, how about your films sold in London, America and other parts of the country? Is it official?

A: No! They are smuggled out of the country.

Q: How about your members that claim to have sales outlets in such countries?

A: To the best of my knowledge, there are no such outlets.