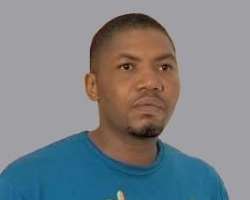 In the next couple of weeks, the executives and entire members of the Nollywood Association for Better Anambra (NABA), would be storming the troubled State for a week long enlightenment programme tagged: Kick Against Kidnapping in Anambra (KAKA).

Speaking at a recently held general meeting, which attracted several Nollywood stars from the above State, top filmmaker and the interim president of the body, Mr. Obi Madubogwu, said the aim of the walk, was basically to help sensitize and possibly put an end to the incessant cases of kidnapping in the once peaceful State. “ It is no longer news that Anambra, our once peaceful State is no longer peaceful due to the nefarious activities of kidnappers and other criminals. As concerned citizens living outside the State, we have decided to stage this walk as a way of making known our collective anger, disappointments and above all, the need for those involved to immediately say NO.”

Continuing, Mr. Ernest Obi, the vice president of the body, and also the Chairman of the Lagos State chapter of the Actors Guild of Nigeria (AGN), stated that he was optimistic that KAKA, would help restore normalcy to the State and also bring back the lost confidence of most indigenes living outside the State. “ We are no longer happy that as proud sons and daughters of Anambra, we can longer visit our towns and villages because of the fear of kidnappers. With KAKA, all these will stop, because we are saying enough of this madness. The State is losing a lot because of the rampant issue of kidnappings and we in the entertainment sector cannot just fold our hands and be watching. Hence, the need for this awareness walks through the cities of Awka, Nnewi and Onitsha soon.”

Leading names in Nollywood like: Charles Okafor, Teco Benson, Ngozi Ezeonu, Oby Edozieh, Benita Nzeribe and several others, aside gracing the meeting, also endorsed and applauded KAKA. “We want to bring back the light with this initiative and also calling on all the good people of our State as well as friends of our State to come and support this bold move,'' Miss Edozieh, said.