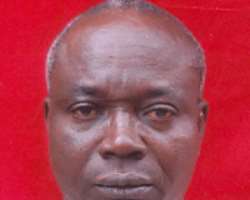 Elder George Akpabio, is the permanent secretary to the government of Akwa Ibom State and was recently honoured as the fellow, Nigerian Institute of Management (chartered). He speaks in this interview with Sunday Business, about the need for Nigerians to work collectively to realise the Vision 20:2020 target.

With the state of insecurity in the country, do you think the much-talked about Vision 20:2020 is realisable?

Elder George Akpabio
To start with, we should realise that every country must work with a vision in order to achieve economic growth and development. No nation succeeds without a clear vision on what government wants to do in different sectors of the economy.

In that capacity, Vision 20:2020 is a perspective plan on what Nigerian government wants to do in driving the economy for greater growth. The Vision 20:2020 provides a blue print on the economic framework and implementation strategies. For instance, now people are talking about Foreign Direct Investments (FDI).

When considering the issue of FDI flow in the economy, the major thing is infrastructure because the state of infrastructure would determine the investments drive.

As such, the major infrastructure is power and government is already putting measures in place to revamp the power sector. Once this is done, the foreign investors would be encouraged to come and set up businesses in the country.

Aside from that, other businesses would spring up in various sectors of the economy, including small and Medium Enterprises (SMEs) that are capable of creating jobs for numerous citizens in different regions of the country.

Aside from what the Federal Government is doing, we should also look at the efforts of state governments in various areas. For instance, the governor of Akwa Ibom, Godwills Akpabio, is embarking on a transformation programme for the entire state.

He started by giving the indigenes free education, which is the basic form of empowerment for individual development in the society. He approved payment of the new minimum wage rage of N18.000 in the state.

He went further to stop the business of commercial motor-cycles in Uyo, by providing all those involved in the business with tri-cyles as alternative means of livelihood.

At present, the governor is embarking on creation of jobs for the indigenes. He is putting measures in place to establish industries in each of the 31 local government areas in the state and to revamp ailing industries within the state.

Considering the level of insecurity in the country, what would you advise government to do in the area of foreign direct investments?

There would be inflow of Foreign Direct Investments in the country despite security challenges in some parts of the country.

This is because government is tackling criminality in the country. We are in the forefront of foreign direct investment. For instance, the state government completed the airport project, which has opened up the state for investment opportunities.

For the first time, people who travelled to Isreal recently took off from the airport in Akwa Ibom. Also, the state government completed the gas plant and is now embarking on the development of the seaport project in Ibaka.

There is provision of farmers' empowerment scheme in the state and very soon we would be exporting food items to other places.

Infrastructure development is said to be a major problem in Nigeria , what is your comment on this?

The president is trying to revamp the power sector. That is a good idea. He should intensify effort to turn around the power sector in order to provide constant electricity supply for businesses to thrive.

This is an important aspect of infrastructure development. The moment he provides constant power supply, everything would take shape in the economy.

Most experts are of the opinion that Nigeria is lacking in human capital development, do you share this view?

Human capital is important for economic growth and development. This means government must invest tangibly in capacity building for the citizens to improve on the level of technology development in the country.

How would you describe the award given to you by Nigerian Institute of Management (chartered)?

I thank the management of the institute for the honour. It is a reward for hard work and would motivate us to do more in contributing our quota to national development in all ramifications.