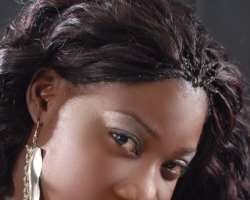 It is indeed true that the truth sets one free and ushers in many blessings.

This actress is set to wed her dream man in a matter of months revealed sources ''remember that mercy granted an interview to the sunday sun some months back where she talked about her poor background and how much she suffered and used to hawk pure water on the streets.

Well her husband to-be read that interview and made frantic efforts to contact her,he eventually did and the two hit it off after they met in abuja for the first time.now they are set to formalise their union''.Mercys prince is a prince from the delta region of nigeria,he is from ughelli and is named prince ibrahim dumuje,he is in his early fourties,was once married but is dvorced.my sources also squeal that the home of the johnsons at iba estate was agog in the first week of may when ibrahim and his people visited and began traditional wedding rites.''they were warmly received and the whole family is excited and have accpeted ibrahim as their own because of his kind heart.hehas also spoilt mercys family silly with gifts''

Mercy and her prince were spotted enroute to south africa on sunday june 7,2009 and the olofofo friend of this actress affirms both were on their way to shop for rings for the wedding coming up soon, also whispered is that the traditioonal and church weddings will be completed in a matter of months as loverboy does not want to waste anytime at all.

The prince who has captured mercys heart is..(wait for this)v-e-r-y rich and insiders whom were sworn to secrecy swear the actress has been enveloped in expensive gifts since she met him.''please the next time you see mercy,take a good look at her engagement finger and you would be sure to spot the diamond ring purchased in south africa. loverboy works with the presidency and has been introducing the actress to everyone as his wife''.

The lovebirds should be back in the country if the whispers are correct.theres no need for denials,please congratulate this actress if you see her,shes about to become mrs mercy johnson-dumuje!