Movies Should Portray Us Positively –– FG 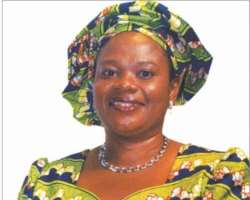 The Minister of Information and Communications, Professor Dora Akunyili, has charged Nigerian film producers to use the motion picture to tell positive stories about Nigeria.

According to her, "it is imperative that our works as film professionals promote our brand assets and tackle the issue of our national image."

In a press statement signed by her Media Assistant, Julius Ogunro, and made available to LEADERSHIP SUNDAY, the information minister made this remark at the commissioning of three projects including a sound stage complex, auditorium and administrative block at the National Film Institute (NFI) in Jos, Plateau State last Friday.

According to her the projects are meant to enhance film production in Nigeria and that they are indications of government's commitment to providing facilities to "special educational institutions such as the National Film Institute for the purpose of building sound and competent professionals in motion picture production."

She commended the Nigerian Film Corporation, which is the parent body of the NFI, for embarking on projects, programmes and activities that promote the President's Seven Point Agenda. "The Nigerian Film Corporation has continued to blaze the trail in capacity building and human development in the motion picture production for the present and the future, and it is this uniting effort that has brought about the projects we are commissioning today".

Assuring all that the federal government was working tirelessly to provide the enabling environment and framework for the film industry to thrive, the minister explained that the film industry has the potentials to wean the country off its dependence on oil by expanding its horizon.

"It is instructive, therefore, for the Nigerian film industry to remain on a sustainable path of growth, through sustained training and re-training of professionals and intending professionals", she said.

On his own part, the director-general of the Nigerian Film Corporation, Afolabi Adesanya said when aggregated the NFI has saved Nigerians "through its highly subsidized tuition fees, the sum of £54 million pounds, at £17, 0000 per year for similar programmes in the United Kingdom".